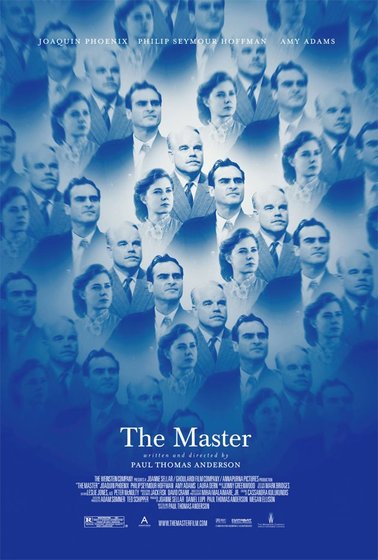 Paul Thomas Anderson’s new film “The Master” is being released next month and he’s stepping up to encourage cinemas to show it in 70mm. It’s unclear how many will follow suit and if the studio will truly push this but he’s hoping.

The AFI Silver website states that it will be there (for the Washington DC region).

Where will it be shown in NYC?

I am unaware of where it might be shown in Philadelphia. Regal’s United Artists Reivew used to have 70mm but I am unsure if those projectors remain.

It will also be shown in the Charlotte,NC area…. Probably at either Park Terrace or Concord Mills 24 that has the full 70MM capability.

I don’t know about anywhere else in the South with the exception of Atlanta, Dallas, New Orleans,or Baltimore.

I guess hte big question is have these theaters converted to digital and it so taht would kill showing it in 70mm.

It’s been booked into the Village East Cinemas here in NYC.

Theatres booking a print in 70mm had better know what 70mm film print is. If they just let the candy staff projection people run it they will wreck many new 70mm prints. Many new young booth staff has never even heard of 70mm must less run it. They were trained in 35mm now digital video and just press a button. Will they allow a 70mm splice platter or will they want two 70mm projectors? The 70mm theatres still left will have to test out the old projectors and sound to get them up and going again. The theatres playing the ‘Master’ will need a decicated projection crew not some one that is in another theatre starting a print or selling refreshments or being ticket taker, fake manager ect. The true 70mm theatres will need to advertise this film in large letters on the marquee and in newspaper ads 70MM WIDE SCREEN MULTI STEREO SOUND! Even the little ad for The Master I see no mention of a nice curved 70mm logo or anything about the special 70mm release. Maybe they have separate ads for the 70mm showings. If the cinemas need to charge more for good projection and showmanship I don’t mind paying extra for 70mm. Now next time lets see if we can get a studio to come out with a good 70mm 3-D film and only show it on screens larger then 50 feet with a curve or on the new larger EX screens. What will happen I think some theatres will play the 70mm ‘Master’ print and It will look clear and crisp and sound great but most theatres have a small screen set up these days. To bad some of the original large roadshow theatres are not around to welcome back the start of 70mm again in 2012.

This page from the in70mm.com website will be updated periodically to show where “The Master” will be showing, with 70mm sites indicated. There is an image there of an ad from San Francisco that does have a line emphasizing that the showing there is a 70mm special presentation.

Sadly though, I get the impression that the use of 70mm film for both “The Master” and another soon-to-be released film, “Samsara,” were directorial choices made primarily for the quality of the photographic image that results rather than an aggressive effort to make a return to the era of 70mm showmanship.

Although I applaud Anderson’s efforts to maximize the number of 70mm showings, he had to know that the number of 70mm venues is relatively small and that given the economics involved, the distributor probably will not make a large number of 70mm prints available, even if use of platters to 70mm projectors is allowed.

Although “Samsara” was photographed in 70mm, it has been announced that no 70mm prints are going to be made.

Looks like the Village, Westwood is not going to happen. The article seems to indicate ArcLight instead. Too bad.

If it plays here in Boston I imagine it will have to be at the Cooldge Corner theatre in Brookline. Heres hoping it happens.

Glad to see Phila is gettin git Howard. Would have been great had it been the Boyd. Now why the hell isn’t the Ziegfeld getting it in NYC. The Village East Cinemas please they can’t compare to the Ziegfeld.

Howard: we need to find an “Angel” in getting the Boyd restored to it’s former glory. This would have been the place to show “The Master”.

yes, according to the link, Philadelphia is getting it but not in 70mm. The Boyd had 70mm projection & could have it again in the future. A donor Angel would expedite it!

Chicago’s Music Box screened a preview of The Master in 70mm on August 16. Chicago Reader blog post, with a little about 70mm and why it matters, here.

Yes, 70mm at Coolidge Corner theatre in Brookline (next to Boston).

The Somerville Theatre also has 70mm projectors, and plans a 70mm festival next year, but they didn’t get this one.

From another page at the in70mm.com site:

“Previous report about the Village Theatre in L.A. being set up to handle a 70mm run of P.T. Anderson’s new movie, "The Master”, did not pan out, for whatever reason(s). But now, reports are that DP70s will be installed (one each) in the Arclight Hollywood screen #3, and at one of the Landmark 12 screens in West L.A., so there will be two 70mm prints running in L.A. when the movie opens. Additional details indicate that there will be 8 or 9 total prints, so clearly there will be other venues showing it in 70mm. Known other locations include the Alamo Drafthouse in Austin, TX, and several others, names to be confirmed before too long."

I must say it is refreshing to see the passion for film here, especially 70MM. As a projectionist for the past 37 years, and who is in his waning days as a film projectionist (6 days a month) I do agree with TerryWade. I last ran 70MM in 1989, “The Abyss” and had show some others prior to that. But those theatres were all union projection staffed, and we all knew what we were doing. As Terry stated half these popcorn kids didnt even do 35MM correct, and that in part is what led to this whole digital fiasco. (Yes I realize there were other factors as well, such as print costs etc.) And as also stated, I think many theatres that had 70MM equipment have probably trashed it all by now. I myself have a pair of Century JJ2 sitting in my mom’s garage, but efforts to find a home for them the past few years have been futile at best. And they came from a theatre that had closed in the early 2000’s so work would be needed to get them up & running again. I hope this can begin a comeback for 70MM. We shall see.