Who-Done-It? at the Movies - 3 Very Different Takes On The Classic Genre 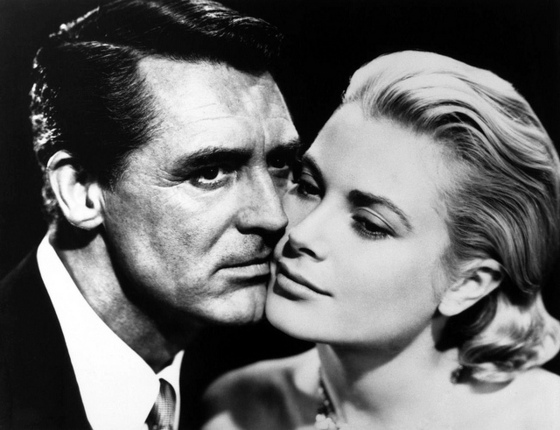 On our BIG 50ft Wide Screen

Fri., January 25 8PM – – – Basil Rathbone as Sherlock Holmes DOUBLE FEATURE! – – – Few fictional characters have taken on such an enduring life as Sir Arthur Conan Doyle’s Sherlock Holmes. He’s been played in the movies and on TV by more than 45 actors. Few of these incarnations, however, have proved as popular as that of Basil Rathbone, who played the Great Detective in 14 movies from 1939 to 1946. Some Holmes aficionados may complain about the liberties these movies took with the Conan Doyle canon — most notably that all but two of the movies were “updated” by being set in the 1940s. But in fact, Holmes productions before and since have done the same — most recently a current TV series starring Benedict Cumberbatch that finds Holmes using a computer in 21st century London. Anyone who’s first met the Great Detective through later interpretations by Peter Cushing Jeremy Brett, Robert Downey, Jr, and even Mr. Cumberbatch should take the chance to see how Rathbone’s calm, assured but assertive incarnation helped set their molds.

“Sherlock Holmes and the Secret Weapon” 1942. 68 min. B&W. The second of Universal’s “modernized” Sherlock Holmes films was very loosely based on Conan Doyle’s “The Dancing Men” as it pits the Great Detective in wartime London of 1942 against his arch nemesis Professor Moriarty, who not surprisingly has aligned himself with the Nazis and is working to steal a top-secret bomb sight. Moriarty’s henchmen kidnap the bomb sight’s designer, but not before he had the foresight to safeguard his invention by distributing its components among several other patriotic scientists. Racing against the clock, Holmes and Dr. Watson (Nigel Bruce) try to stem the murders of these scientists and prevent Moriarty from getting all the parts to the secret weapon. The climax has Moriarty plotting to kill Holmes in a way that must have inspired the Super Villains of James Bond movies decades later. It is one of the most fast paced entries in the Rathbone series.

“The Woman In Green” 1945 68mins. B&W. Based on Conan Doyle’s The Adventure of the Empty House, this entry finds Holmes and Watson trying to solve the case of the “Finger Murders”: several beautiful women have been found slain, all with their right forefingers severed from their hands. The police are prepared to write off the killings as the work of a madman, but Holmes deduces that there’s a sane motive behind it all. Sure enough, the trail of evidence leads to Holmes' perennial nemesis, Professor Moriarty, played here by Henry Daniell, perhaps Rathbone’s only equal in unflappable Hollywood cool. You can cut the chill and tension between these adversaries with a knife.

PLUS — A rare 1927 short with Sir Arthur Conan Doyle’s ONLY sound film interview.

Sat., January 26 6PM “To Catch a Thief” Starring Cary Grant & Grace Kelly. Directed by Alfred Hitchcock. 1955. 103mins. Color. A jewel thief is on the prowl on the Riviera and all evidence points to retired cat burglar Cary Grant. Evading the law, Grant heads to the Cote D'Azur, where he is greeted with hostility by his old partners in crime. All of them had been pardoned due to their courageous activities in the wartime Resistance, but all are now in danger of arrest thanks to this new crime wave. Grant, however, insists he is innocent and vows to find out who’s been copying his distinctive style. With the reluctant aid of a local detective, Grant launches his investigation by keeping tabs on the wealthiest vacationers on the Riviera. Along the way, Grant crosses paths with Grace Kelly, who seems quiet and demure but soon displays a — shall we say — more passionate side as she amorously pursues Grant. The fun of this movie is its mix of playful intrigue, style, great scenery and not so subtle sexual innuendo between its very attractive leads.

Sat., January 26 8:20PM “The Usual Suspects” Starring Kevin Spacey, Gabriel Byrne, Bernicio Del Toro, Kevin Pollak, Stephen Baldwin, Chazz Palminteri, Pete Postlethwaite. Directed by Brian Singer. 1995. 105mins. Color. Rated R. The Usual Suspects seems to begin as a conventional who-done-it, but grows more convoluted by the frame as it unwinds into one of the most fiendishly intricate and stylish American films of the 1990s. The fun — and challenge — in watching the movie is akin to watching a great magician: trying to discern illusion from reality. A ship blows up in the harbor of San Pedro, California. Twenty seven men are dead and millions of dollars in cocaine mysteriously missing. The only witness — and chief suspect — is a shifty, garrulous con-man who starts to explain to the police how it all began, just five days earlier in a New York City police lock-up. In what can only be described as one of the greatest ensemble casting coups in film history, Kevin Spacey, Gabriel Byrne, Benicio Del Toro, Kevin Pollak and Stephen Baldwin perfectly fit their roles as the men caught up in the labyrinthine intrigue. Spacey in his Oscar-winning role as the con man is particularly impressive, managing to be pathetic, irreverent, and cunning all at once. He embodies the film’s compulsive, charming will to deception. Director Bryan Singer handles his characters and the film’s many twists with the ease of a devious master puppeteer and mixes liberal doses of film noir, humor, and intrigue with refreshing audacity.