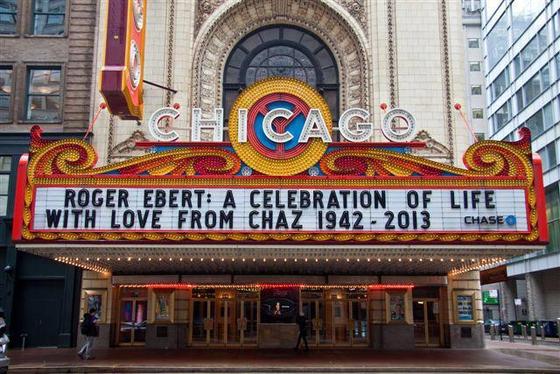 In honor of the great movie critic, Roeger Ebert, who passed away earlier this month, we wanted to feature two interviews he held with former Chicago exhibitors. The first piece is a profile of Bruce Trinz, a scion of the Trinz family of Lubliner & Trinz fame, and his stewardship of the Clark, the Chicago Loop’s legendary revival house. The second piece is a portrait of Jack Cooney, of the Cooney Brothers' National Playhouse circuit, in his twilight years gamely managing the Biograph.

Thanks to David McCarthy for the idea.

(Thanks to the Chicago Theatre and DavidZornig for providing the photo.)