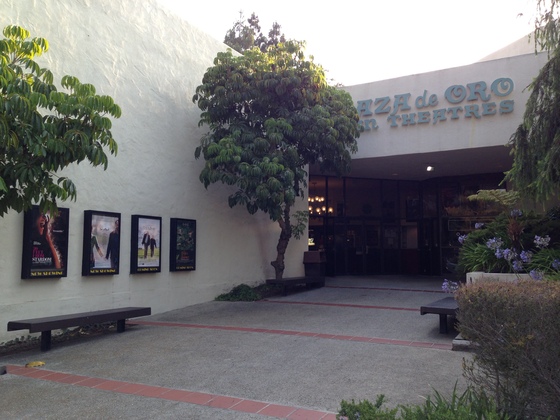 The Hollywood Reporter goes behind the thermostat to report on the exhibition industry’s efforts to keep theaters cool while the earth heats up. As Seth Abramovitch notes, “Maintaining that [74-degree] temperature is not as easy as it sounds. The stadium-style seating that has become the norm in today’s multiplexes can leave upper seats too warm and lower seats too cold. Plus theaters cycle from empty to crowded and back again every two hours, placing uneven demand on heating, ventilation and air conditioning units. Evenly cooling a multiplex is therefore a costly, complicated and, not surprisingly, energy-depleting enterprise.” Read more at The Hollywood Reporter…

Poorly written article which uses a long-closed building as an example and a cover photo featuring a building that hasn’t looked like that in seven years? No thank you.

As always, Edward brings the truth. I doubt the same article from Boxoffice or Film Journal would produce the same issues.

The evidence is clear that the majority of moviegoers prefer, even demand stadium seating. Sloped floors in modern theaters have about as much chance of returning as 35mm reel to reel carbon arc projection or double features with an added newsreel and color cartoon on the program.

I’m one of those who prefer stadium seating and I say that as someone who has been going to movies for over 60 years. Much easier to see over people’s heads! I always headed for the stadium section if the theatre had one. The balcony worked well too but that is almost identical to stadium in design.

Nothing wrong with being anti-stadium of course but you’re among a small minority of modern moviegoers.

The article had a few other blows.

The Rivoli was hardly “brand-new” in 1925 when the Carrier system was installed — it was 8 years old.

And it did not have “the world’s first movie air conditioning system.” Mechanical refrigeration air-conditioning started appearing in 1917—the earliest examples cited are the Empire Theater in Montgomery, Alabama and the Balaban & Katz Central Park Theater in Chicago, both in October 1917. The early systems weren’t perfect. Humidity control and temperature wouldn’t be considered acceptable by today’s standards, and air was distributed via underseat ventilators which blew ice cold drafts over patrons' ankles. Nonetheless, B&K’s early installations at the Central Park and Riviera were hugely popular and B&K crushed their competition in summer months.

For those who are curious, Gail Cooper’s book Air Conditioned America is a good source. For a contemporary trade journal discussion of the Empire system, see http://archive.org/stream/moving34chal#page/1317/mode/1up (website address from a post by Tinseltoes on the Empire Theater page.)