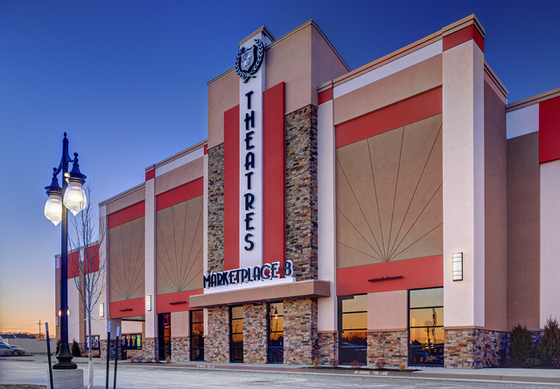 LIBERTY, KS — Two theatre operators with almost 200 years of combined experience are joining forces with B&B’s acquisition of Dickinson Theatres. Rebranding will happen immediately and the new entity will be one of the top ten largest in the country with 408 screens across 50 locations.

Read the full story in the Kansas City Star.

(Thanks to Chris1982 for providing the photo.)

My very first job “on the books” was for Dickinson in 1992. Sadly, they’ve been a poorly managed company that entire time. They’ve built some beautiful theatres over the years, but not maintained them.

Their luck wasn’t good either. It was really all over in December of 1997 when AMC opened something like 72 screens in the KC metro area on a single day, just in time for Titanic. This lead directly to the demise of the Glenwood (which would soldier on a few years in other hands) and the Southglen 12, which was just a few years old at the time.

I have fond memories of the Westglen when it first opened. Two huge main houses on either side of the concession stand, both THX certified with stadium seating at the rear, sloped floor at the front and waterfall curtains. This was in the mid to late 90’s. Last time I was there a few years ago, it was dirty and unkempt, and the projection in our auditorium was all jacked up (still film at that time).

The best Dickinson Theatres right now are in other peoples hands. The Springfield 11 with Imax was originally a very nice 8-plex with a 70mm equipped main auditorium.