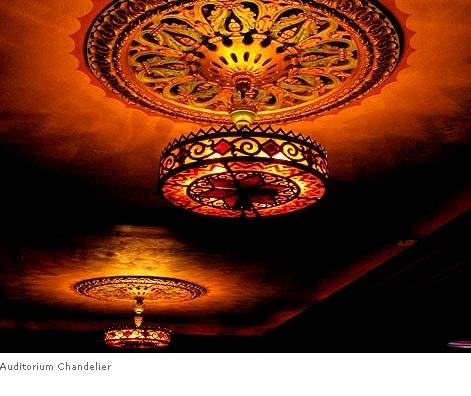 MONTEREY, CA — Monterey’s Golden State Theatre has officially changed hands. On October 1, 2014, Eric and Lori Lochtefeld, owners of the Fox Theatre in Redwood City, became new owners of the GST. After 10 years, Warren Dewey was pleased to pass on the cultural treasure and its rich history to the stewardship of the Lochtefelds. Having already demonstrated successful programming at the Redwood City Fox Theatre with concerts, live theater, lectures, corporate events and private parties, the Lochtefelds have shown that they are capable and talented presenters with an eye for business— good listeners to the community who can deliver the shows that people want to see. Their Fox Theatre was built soon after the Golden State, and was designed by the same architects, the Reid Brothers.

Through the years the community has given significant support to the GST. Outstanding among them: Councilwoman Nancy Selfridge worked very hard to make sure the doors of the Golden State Theatre would remain open to the community; and George Brandt, known to many as the Bird Man, with his parrots at farmers’ market and the wharf, volunteered countless hours as handyman, and kept the building working, even through difficult times. To the many other people who have helped materially and spiritually, who appreciated the art and the dream of a vibrant historic theater for the performing arts in downtown Monterey, a heartfelt thank you.

The Lochtefelds have already started making improvements to the theater and they’ve scheduled a great lineup of performances, including Paula Poundstone, a Toast to the Rat Pack, Dana Carvey, the Temptations, the live musical theatrical presentation of Anything Goes, Brian Regan, and many more surprises to be announced soon. So now it is up to you. Help write a new chapter with the Golden State Theatre. Buy tickets to the shows. Support and encourage live, world class entertainment in Monterey. Go to www.goldenstatetheatre.com and join the mailing list so you’ll know about events as they are announced. With your support, the Golden State Theatre can serve as the “Showplace of the Peninsula” for another 90 years.

Good luck to the new owners in Monterey CA. Don’t forget to show some movies from time to time on the big screen and close the curtains. Don’t just run music events.