“Movies once a featured attraction at 125-year-old Auditorium Theater” From Chicago, IL. 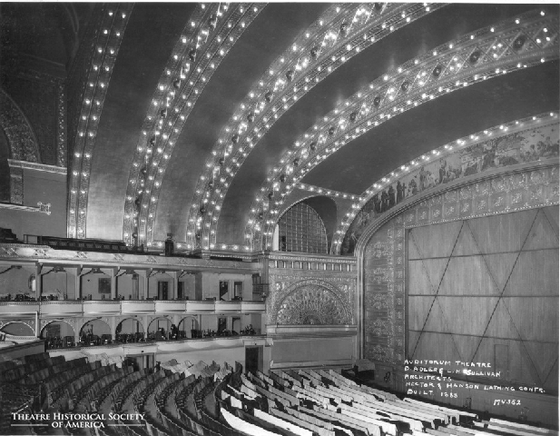 Opera buff Ferdinand Wythe Peck built the Auditorium Theatre with an uplift agenda: offering affordable culture to the common man. In 1889 he could not see movies coming. Yet his illustrious theater at Congress and Michigan, which celebrates its 125th anniversary with a star-studded gala Tuesday, turned into the largest venue in the Loop for photo plays and moving pictures.

Peck — called “Commodore” by his yachting pals — inherited a wealth of city property and turned civic philanthropist. “Mr. Peck was very democratic in his ideas and very sympathetic towards the man who could not afford to indulge his propensities in the direction of culture without pecuniary aid from such public-spirited altruists as Mr. Peck,” observed a contemporary. Auditorium architect Louis Sullivan cited Peck’s “firm belief in democracy — whatever he meant by that.”

Read the entire article at the Sun-Times.

Image from the Theatre Historical Society of America’s Collections