“Changing Skyline: iPic didn’t come, so now what for the Boyd?” From Philadelphia, PA. 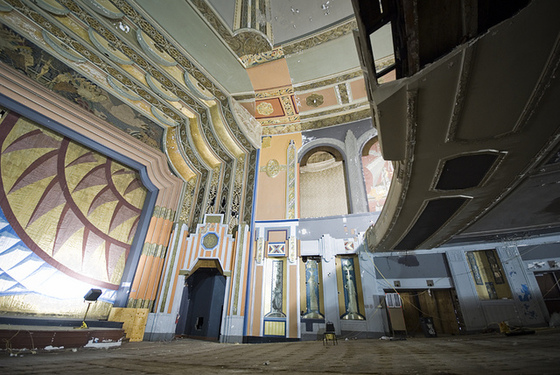 All anyone had to do was say the word multiplex and the Boyd Theatre’s fair-weather friends abandoned the grand dame of Philadelphia movie palaces as if the place was on fire. Demolition of the art deco auditorium was sanctioned by the Historical Commission in March, and within days, wrecking crews were on the scene, supposedly for the Florida chain iPic.

Now we know it was all magical thinking.

Neil Rodin, the developer who said he was bringing iPic to Philadelphia, never followed through on his much-ballyhooed plan to buy the Boyd from its longtime owner, Live Nation. Meanwhile, iPic has problems of its own and lost its financing for the project, according to a source involved with the company. In late October, Live Nation quietly sold the theater at 19th and Chestnut to Jim Pearlstein and Reed Slogoff of Pearl Properties for $4.5 million.

Read the entire article at philly.com

Maybe the fight isn’t dead. This could be wonderful news.

covid-19 is caused by the corona virus, which causes symptoms of coughing, tightness in the chest, and breathing… Reducing human immunity can be fatal. driving directions

That’s a good thing, I hope you will add more information jigsaw puzzle

Just think: instead of doing real research, you will have to not only study the requirements for writing a see it here dissertation, but also look for information on its correct design, and then check for lexical, spelling and punctuation errors.

I do not like when old buildings are demolished ((this is history! why not renovate? I would like to recommend you another type of entertainment at the https://betsofa.today/, not only cinema is fun

Your article is excellent; I’ve read several papers, and yours stands out. smash karts Thank you for your help; I’ll look at it more. To discover more about me, try talking to me.