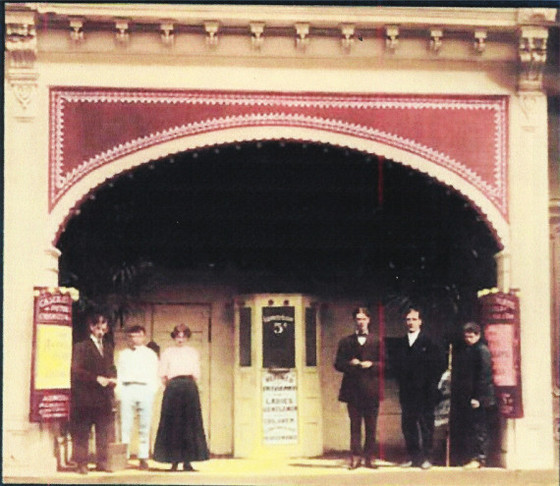 NEW CASTLE, PA — “It was a nail biter right up to the end,” said Jerry Kern, President of the Historic Warner Cascade Theatre. The non-profit group who recently changed their name from the Warner Film Center, narrowly reached their goal of $23,126 in the final hours of their month long Kickstarter fundraising campaign. “For several weeks we were stalled at about the $2,999 level,” explained Kern, “then in the final week, our supporters rallied to our email and Facebook solicitations with more than four dozen supporters from around the country to pledge amounts ranging from $5 to $500 each. We hit our goal at 8:40 PM on January 31st, the last day of the campaign with less than 10 hours to go.”

Kickstarter is an Internet based fundraising program which specializes in small, generally non-profit, corporations. Many of the specialized groups support arts and historical programs on local levels.

As previously reported, the Lawrence County Commissioners have pledged a “dollar for dollar” match funds grant to the Warner Cascade project bringing the campaign total to slightly over $46,000.

Former resident and Warner Project Development Trustee, Jack Oberleitner, said, “ we have many people to thank, locally and nationally, for this much needed cash injection. It takes us much closer to the larger goal we need to complete the re-creation/renovation of the Historic Warner Cascade Theatre located in the Cascade Riverplex Building at 18 S. Mill Street, downtown New Castle. We will be in contact with Eckles Architects soon to finalize construction plans and expect hammers pounding and saws humming in the very near future. Companies and individuals wanting to assist in the building of this piece of history should contact us through our website: www.warnerfilmcenter.org.”

Trustee Secretary, Dr. William Zeiger, added, “ There are a number of other ways business and individuals can be a part of this project and help take us “over the top” financially. The Warner Cascade Theatre is also currently offering a week-long stay at “Wyndham Ocean Boulevard,” a Myrtle Beach luxury resort, in our annual raffle.

The raffle winner will enjoy seven nights in a luxury, two-bedroom condominium at a five star resort, plus $500 spending money. The condo includes two full baths, a full kitchen, accommodations for six adults, and a private balcony. The resort features multiple indoor and outdoor pools with lazy rivers and a private beach.

$10 raffle tickets for the Myrtle Beach getaway are available from Warner Cascade Theatre representatives throughout the New Castle area — including Breakaway Tours, Klafters, Lorelei’s Dance Wear, The Michele Goodman Studio, and Print Center One — or by calling 724-614-6541.

The winning ticket, of only one thousand tickets printed, will be drawn on March 17, 2014 and will be based on the winning PA winning 3-digit lottery drawing for that evening.

We are also planning another Dinner, Movie; Dance “Gala” titled ‘Viva Italia’ to be presented in association with the New Castle Scottish Rite Cathedral. The event is slated for mid Spring 2014.”

Trustee Treasurer, William Brown, added, “All donations to our funding campaigns can be tax deductible on your IRS returns.