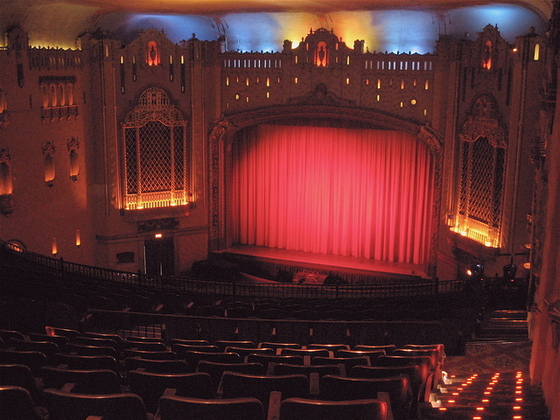 MONTEREY, CA — Today the Golden State Theatre Complex has been reduced in price a million dollars to $3,990,000. The prime downtown Monterey building includes three restaurants, two more retail shops, two floors of office / creative space and the 1,000 seat theater in a street-to-street 27,570 square foot building. The new price equates to $145 per square foot for the owner-occupied performing arts center supplemented with over $170,000 per year in rental income from the retail storefronts and restaurants. There is also close to 4,000 square feet of vacant office or creative space ideal for conversion to residential apartments.

“It’s clear the community wants to see more events at the Golden State and we are encouraged and happy to be the venue for these upcoming shows. We’re also glad that local promoters are planning to hold more concerts at the theater,” real estate broker and theater manager, Ryan Flegal said.

Warren Dewey, who has owned the performing arts and retail complex since 2004 is retiring. With the million dollar price reduction there is a call for sealed bid offers to purchase by March 22, 2014. Management is booking event rentals at the theater through 2015 and will pass on the calendar of scheduled events to the new buyer.

The 1,000 seat atmospheric theater equipped for both film and concerts is also available for lease at the dramatically reduced price of $10,000 per month, nnn.

Council Members together with community support are mounting a fundraising campaign to purchase the theater before it falls into the hands an owner looking to use the building for other purposes.

The current owner restored this historic treasure and opened its doors to the community. Now it is up to the community to carry it forward by choosing, once again to make this the Showplace of the Monterey Peninsula.

(Thanks to warrendewey for providing the photo.)