Movies at the Museum 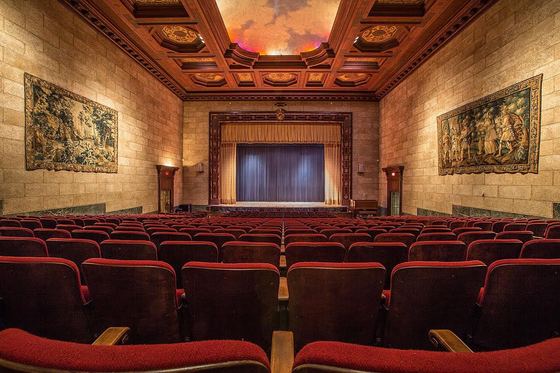 DAYTON, OH — The Dayton Art Institute has partnered with the Cinema Arts Society of the Greater Dayton Area to present classic films at the museum, in the beautiful NCR Renaissance Auditorium. The series began on March 12 and presents films on the second and fourth Wednesday of each month through May. A second series is being planned for the fall and will be announced this summer.

Doors open at 6:30 p.m. and all films begin at 7:00 p.m Tickets may be purchased the night of the movie at the museum’s Guest Services Desk. Traditional moview popcorn and snack will be available. A cash bar is also available.

The classic romantic comedy, starring Cary Grant and Myrna Loy, about a couple who decide to build their dream house … but it’s a lot more trouble than they think!

Not merely a film of a staged performance, this is a lavish adaptation of the Offenbach opera.

Marilyn Monroe, in a rare dramatic role, stars in this thriller about lovers plotting murder at Niagara Falls.

It’s an evening of fun, as a classic Laurel and Hardy feature is paired with a Buster Keaton silent comedy. When Stan and Ollie trick their wives into thinking they are taking a medicinal cruise, while they’re actually going to a convention, the wives find out the truth the hard way.

The Dayton Art Institute and the Cinema Arts Society of the Greater Dayton Area wrap up their first Movies at the Museum series with Alfred Hitchcock’s war-era thriller, Saboteur. Aircraft factory worker Barry Kane goes on the run across the United States when he is wr