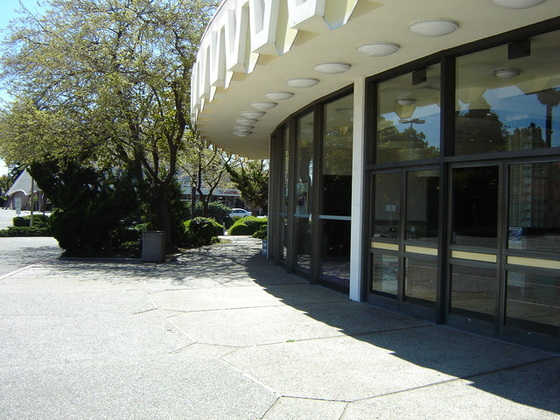 SAN JOSE, CA — Even the mayor questioning its historic status wasn’t enough to silence the support to save the Century 21. City Council voted Tuesday to grant the domed gem status with potential national recognition on the way.

Read more in the Mercury News.

(Thanks to neeb for providing the photo.)

Thank GOD the people at city hall saved this great Cinerama Century 21 Dome Theatre in San Jose CA from the wreckers ball!!! Build all the new condo/shop junk around It and keep the Dome as a center piece. Bring on the classic movies and bring back the large curved screen with curtains and other entertainment events for a new generation to enjoy. Show them what showmanship is. It’s not at the local multiplex.

Second all of that! This is the kind of news we can use once in a while.

This is fantastic news! A lot of mid-century buildings, especially movie theaters, have been torn down for “progress” and parking lots. Thank goodness this has happened. Modern mid-century theaters have character that most of today’s theaters don’t have.

We lost the Cinedome in Orange, CA (very similar to the Century 21) back in 2000 for apartments. Going to the movies hasn’t been the same ever since then. When I went to the Century 21 back in 2000, it brought me back to the feeling that movies were an event. I’m glad it received historical status.

Any work what is going on for the Super Cinerama Century 21 Dome????? Watch out the sneaky bulldozers will come in the middle of the night like they did at the Dome in Pleasant Hill CA.