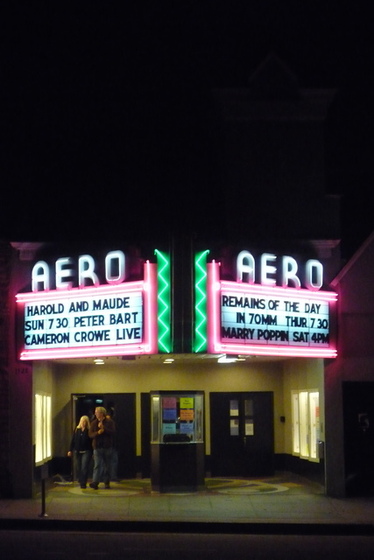 Amelia Jordan was 13 when she and her family moved from El Paso to Santa Monica.

“I didn’t really have any friends or knew what to do around town,” said Jordan. But then one day the family was driving on Montana Avenue and saw the marquee of the vintage Aero Theatre.

“We saw that Charlie Chaplin was playing,” she noted. “We started going to the Aero, and we haven’t stopped since then. It’s more than just a theater. It’s more of a community. People who go there make bonds, friendships and relationships.”

The 19-year-old college sophomore has worked at the Aero for several years in various capacities. For the last year, Jordan has been the manager of the single-screen theater, which has been operated by the American Cinematheque — which also owns and operates the Egyptian Theatre in Hollywood — for the last decade.