Programs & Performances: The Most Important, Invisible Person in the Theater: The Stage Manager 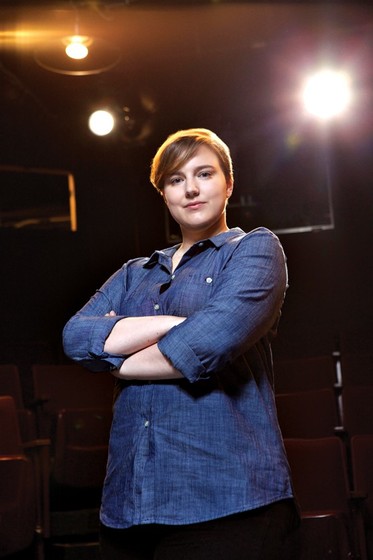 On 10 October we celebrated National Stage Managers Day. Here is a great tribute to their skill, talent, and hard work from LA Weekly and USITT.

During performances in smaller theaters, such as Sacred Fools, sometimes the stage manager is also the lighting and sound operator, running those boards from a cubicle tucked into some corner behind the audience and above the stage. Sometimes, during a show, when the theater has sound and light operators, the stage manager is backstage setting props and helping actors get into and out of costumes — because the stage manager knows all aspects of the show more than any other participant. 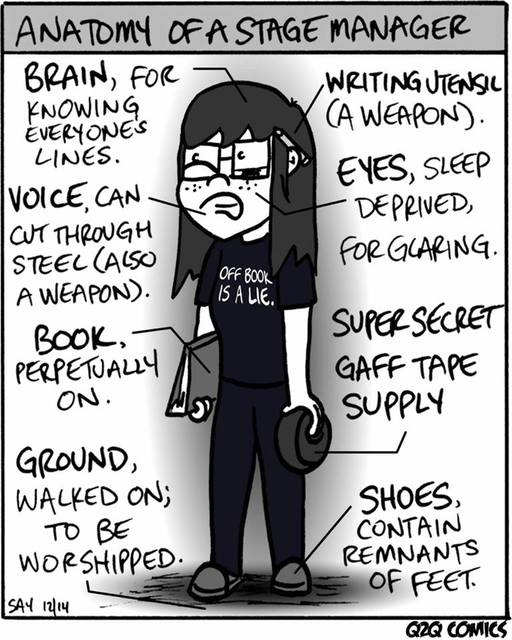 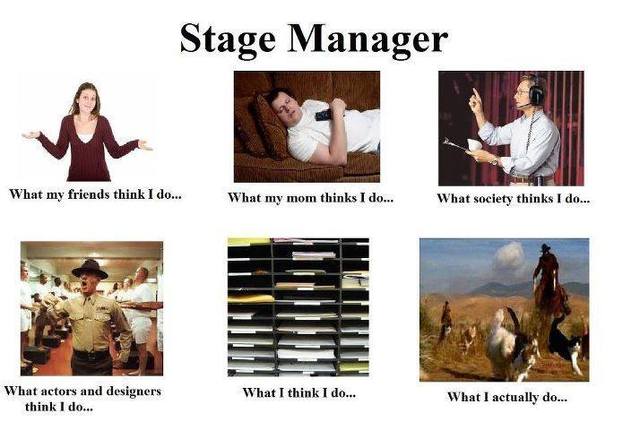