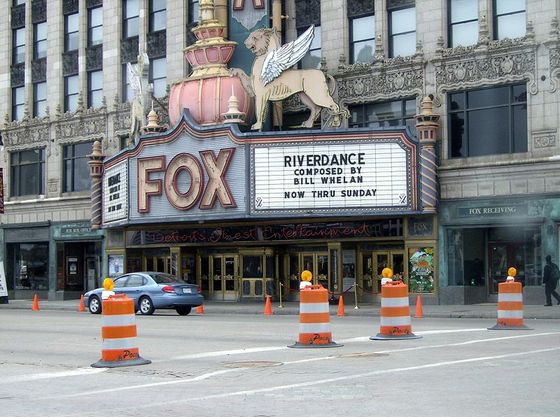 Enjoy this amazing fly thru video of Detroit’s Fox Theatre! The Fox Theatre seats over 5,000 people and is Detroit’s largest movie palace. In 1988, the Fox underwent an $8.1-million restoration. Since the restoration, the Fox has become one of the most successful theaters in the country combining Broadway shows, concerts, special events and the occasional classic film.

The Detroit Fox is one of five spectacular Fox Theatres built in the late 1920s by film pioneer William Fox. The others were the Fox Theatres in Brooklyn, Atlanta, St. Louis, and San Francisco. Architect C. Howard Crane designed the Fox with a lavish interior featuring a blend of Burmese, Chinese, Indian and Persian motifs. There are three levels of seating, the Main Floor above the orchestra pit, the Mezzanine, and the Gallery (balcony). The exterior of the attached 10-story office building features a façade with Asian motifs which, when illuminated at night, can be seen for several blocks. The Fox Theatre in St. Louis, Missouri is (on the interior) its near architectural twin with about 500 fewer seats. The 10-story Detroit Fox Theatre building also contains the headquarters of Olympia Entertainment, while the St. Louis Fox is a stand-alone theatre. The architectural plaster molds of the Detroit Fox (1928) were re-used on the St. Louis Fox (1929).

All images by Mike Russell, Licensed under CC BY-SA 3.0 via Commons 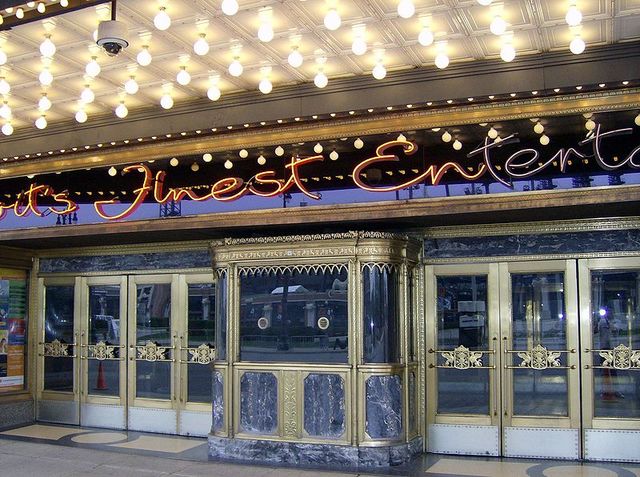 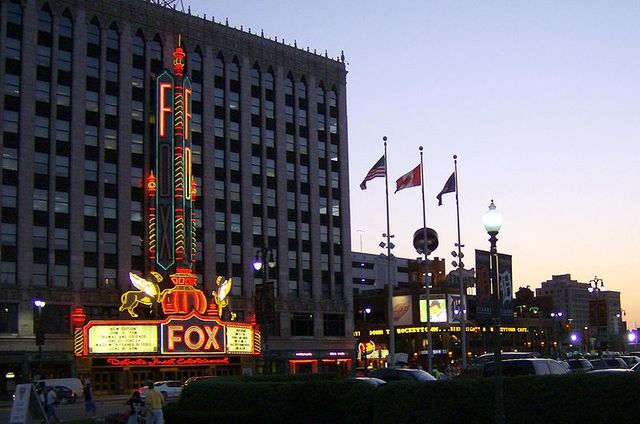 This is a truly fabulous fly-thru. The FOX is clearly still one of the world’s great “picture palaces” (that’s what we call them here in Australia)… I’m in Perth, Western Australia, and if you’d like to see some of our lost palaces, check out the AMBASSADORS and the CAPITOL. Neither were in the mega league of the FOX but had they survived they would today be important LIVE VENUES …

What a beautiful marquee.

amazing i coudnt believe my eyes