Subscribe to this blog
posted by ThrHistoricalSociety on October 29, 2015 at 8:47 am 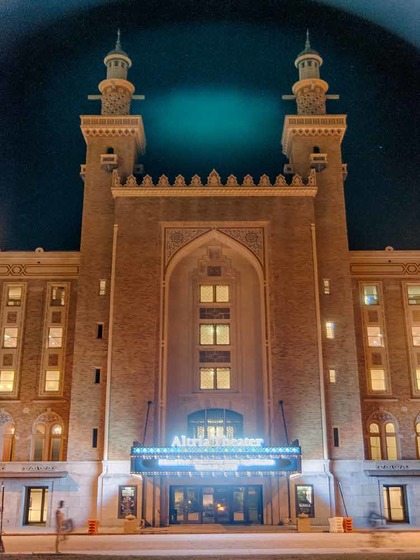 Historian Nicole Kappatos wrote a great piece about the Altria Theatre for the Richmond Times-Dispatch.

The Mosque (today, the Altria Theater) was built in 1927, an immense project that totaled $1.75 million. It was built by the Acca Temple as a public and private entertainment space. Financial problems for the Mosque began when the stock market plummeted shortly after its completion and the building became property of an out-of-state insurance company that held the mortgage. In 1940, the city of Richmond purchased the building for $200,000 and in the 1970s, restorations slowly but surely began.

Visit the Altria website to learn more about the renovations and history of this wonderful theatre. http://www.altriatheater.com/renovation

The basement features 25 columns topped with gold leaf and wainscoted walls in tans, blues and greens. There was also a gymnasium, used at the time by local police as a training academy. At one point, the police converted what was in older days a three-lane bowling alley into a pistol range. Behind the gymnasium locker room, there was a pool, twenty-five yards long.

You can see the basement ballroom and other architectural elements of this incredible theatre in Phill Riggan’s Times-Dispatch photo essay. The images were taken after the 2 and one half year, 63 million dollar renovations were completed. www.richmond.com/multimedia/photos/collection_5b5dba42-6121-11e4-9ebd-0017a43b2370.html

In January 1975, Times-Dispatch reporter, Ted Rohrlich, investigated the Mosque from the “top…to the bottom.” Rohrlich uncovered the many hidden uses of the Mosque, beginning at the rooftop penthouse which was “once used as the staging area for lavish parties on the roof garden.”

In 1975 however, the roof was no longer a garden space for lavish parties but instead, a gravel area with a “brilliant view of the city that no one sees.” The minarets and their spiraling staircases were locked away— “now it smells dead inside,” Rohrlich said. The manager of the Mosque, Leslie Banks, explained that roof access was off limits because “we’ve had students who were sunbathing up here and some of them were setting up light housekeeping.”

THS visited the Altria during the 2015 Concalve Theatre Tour. It was also featured in our second quarter 2015 Marquee Magazine. You can read more about this theatre and other Richmond area historic theatres in these publications. http://historictheatres.org/?p=304 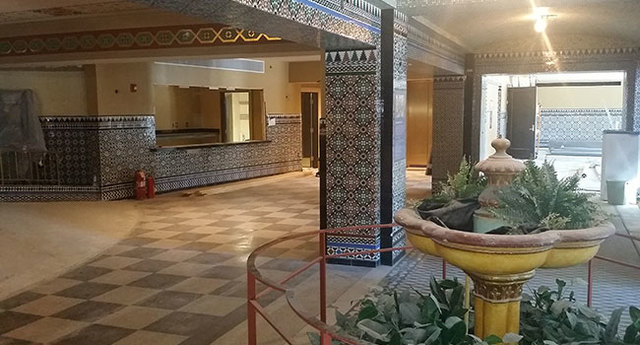 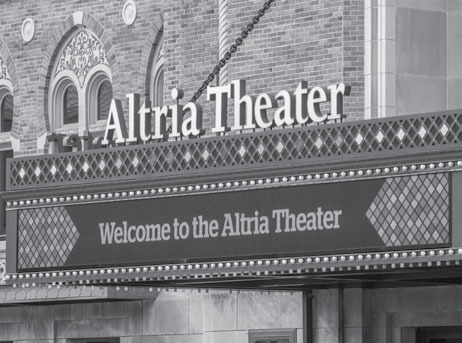