After it was decided that the Paramount Theatre in Aurora would produce its own Broadway-style shows, Jim Corti was chosen as the theater’s first artistic director. 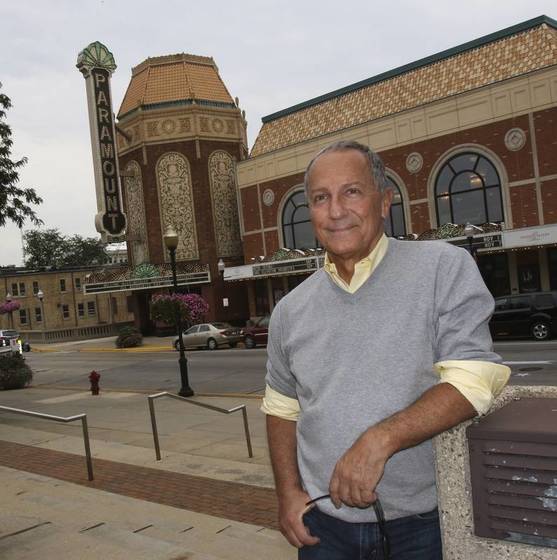 Several years ago, the Paramount Theatre in downtown Aurora announced it was going to try something audacious: putting on its own Broadway-style shows.

Many people shook their heads. Still, Paramount officials were confident they could tap the area’s professional theater talent and create musical productions suited for their historic, 1,888-seat theater.

With Paramount in the fifth season of its Broadway Series, it’s clear the Aurora Civic Center Authority Board made the right decision in 2010 when it brought in arts executive Tim Rater to run the theater and then backed his plan for a four-show subscription series.

The Paramount’s shows regularly get rave reviews from critics. Last month, it received 16 equity Joseph Jefferson Award nominations during its first year of eligibility. The Jeff Award is Chicago’s version of the Tony Award.

“We always feel like we’re doing great work,” said Rater, Paramount’s CEO and president. “Sometimes we like to think we’re doing the best work. To have it kind of acknowledged in this way, we’re pretty excited.”

Rater said part of Paramount’s success is because it’s a suburban theater. “This particular community has been tremendously supportive of the Paramount Theatre and pretty much everything we’ve tried to do,” he said.

When Paramount started presenting its own Broadway-style shows, the theater had 12,500 subscribers. It now has about 28,000 subscribers.

Read the article here, and enjoy the video, ‘Rise of the Paramount’

I would’ve shaken my head. It’s great that this new market is giving the Paramount so much success.