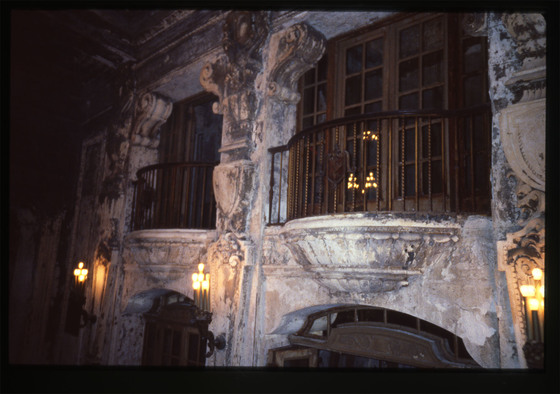 Leigh Ann Wilson, a student of Dominican University’s Master of Library Science Program,was inspired by her experience while processing the Eric Ellis Collection at the Theatre Historical Society of America archives. Enjoy her reflections about this wonderful collection!

Capturing the past has high appeal – each photograph, sound recording, or snippet of video footage gives us the opportunity to step once more into times gone by. Classic movie theatres, which by their nature have a whimsical, nostalgic appeal of their own, are intriguing to capture and preserve. The Eric Ellis collection, with its focus on Chicago and New York City, allows the researcher or casual browser to reach back and pull the cities’ past forward. The collection features approximately 2010 35mm color slides in cardboard or plastic mounts. The photographer, Eric Ellis, was a grandnephew to one of the Rapp brothers, Cornelius Ward Rapp (1861-1926) and George Leslie Rapp (1878-1942), who were leading theatre architects in the early 20th century. Combining his interest in his genealogical roots with a desire to preserve the work of Rapp & Rapp, Ellis travelled throughout Chicago taking photographs of movie theatres large and small, and took side journeys to New York City, Washington D.C., and Boston, Massachusetts to document what memories he could.

Of particular interest to the collection is the Will Rogers Theatre, formerly located at 5641 W. Belmont Ave. in Chicago. The Will Rogers Theatre was opened in 1936 and named as a tribute to Will Rogers, who had died, along with his pilot, in a plane crash in 1935. It is difficult to estimate the importance of Rogers throughout the 20s and 30s. There really isn’t a comparable star today that can rival him. During his career, which began in 1902 as a cowboy in “Texas Jack’s Wild West Show,” he was a star on the vaudeville circuit, starred in 71 films and many Broadway productions, penned 4,000 syndicated columns, wrote six books, and he was a leading radio broadcaster and political commentator. In 1925, he was named the honorary mayor of Beverly Hills. In 1933, 1934, and 1935, he was named the most popular actor in Hollywood. Given his myriad accomplishments, it is no small wonder a movie theatre was one of the honorifics bestowed upon him.

The theatre, designed with an Art Deco style and seating 1600, was influenced by the architecture in Chicago’s Century of Progress World’s Fair of 1933, a celebration of the city’s centennial. The Will Rogers Theatre debuted with a W.C. Fields movie and remained open and operating until late 1990, when it was finally demolished.

The Will Rogers theatre was a Balaban-Katz theatre. The Balaban brothers and their partner, Samuel Katz, developed the concept of the movie palace in Chicago, a prime example being the legendary Uptown Theatre.

Still standing is the aforementioned Uptown Theatre, located at 4816 N. Broadway. Seating 4,381, the Uptown Theatre has the largest interior of all the movie palaces in the United States. Originally built by Rapp & Rapp in 1925 at a cost of $4 million, the theatre provided jobs for more than 130 employees, including ushers, musicians, and even a nurse. Better yet, the Uptown Theatre featured air conditioning, which, although it was common for a Balaban-Katz theatre, was rare in other theatres and homes in the 1920s.

Even by today’s standards, a night at the Uptown theatre was the ultimate entertainment experience. Largely Spanish Baroque in style, this theatre displayed statues of gargoyles and cupids, bronze chandeliers and fountains, and a Wurlitzer organ with 10,000 pipes. A radio room could broadcast programs over WEBH at the Edgewater Beach Hotel. Best of all, however were the childcare services provided to parents, complete with an indoor playground. The Uptown played its last show in 1981, but plans are in the works to restore the theatre to its former glory – sadly, it will probably be without the childcare.

Learn more about the Eric Ellis Collection and other materials in the THS archives at historictheatres.org 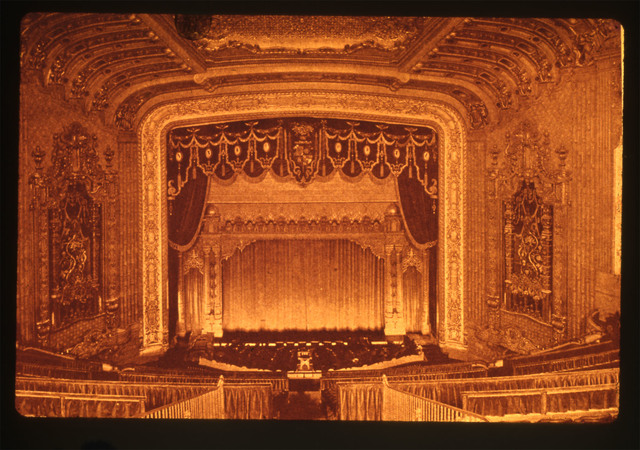 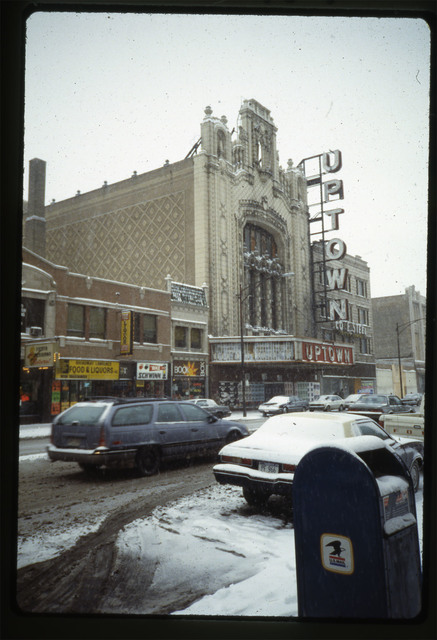 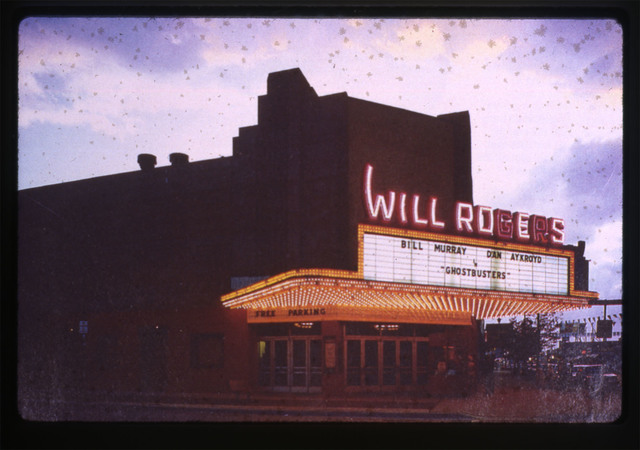 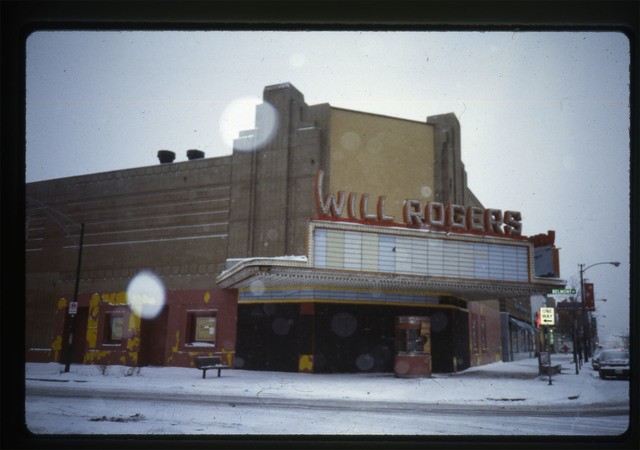