Broadway’s Palace Theatre Will Be Lifted by Four Floors 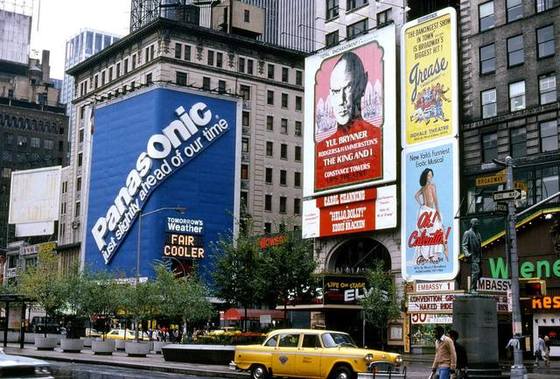 Times Square’s Palace Theatre was once as high as you could get in the world of Vaudeville. Soon, it will get a little higher. Robert Viagas and PLAYBILL reports that Broadway’s Palace Theatre will be lifted by four floors to make room for retail space.

n an unusual but not unprecedented move, New York City Landmarks Preservation Commission granted permission Nov. 24 for a construction project that will literally jack up the 1913 vintage theatre at 1563 Broadway by 29 feet in order to accommodate a new lobby, new dressing rooms, elevators, restrooms — plus retail space fronting on Seventh Avenue on the northeast corner of Times Square, where the current lobby is now, according to The Wall Street Journal.

“The interior of the historic Palace Theatre will be restored and elevated 29 feet as part of a $2 billion redevelopment project in the heart of Times Square, a move met with unease by some preservationists.

On Tuesday, the New York City Landmarks Preservation Commission approved a plan by developers to lift the theater, restore and improve elements of its decorative interior, and add about 10,000 feet of space.“ – Wall Street Journal

A new lobby entrance will be built on the 47th Street side of the building, topped by a 75-foot marquee. The theatre’s interior is landmarked and will be preserved as is. The effort, part of a $2 billion redevelopment project, is spearheaded by Maefield Development.

It will not be the first time a Broadway theatre was moved from its original site. The old Eltinge Theatre (a.k.a. the Empire Theatre) was shifted 170 feet west in 1998 as part of the renaissance of 42nd Street, and is now the AMC Empire 25 cineplex.

Tony Mazzo, who supervised that project, reportedly told the commissioners Nov. 24 that because the Palace Theatre has no interior columns for the most part, it is “extra strong.” He was quoted as saying that while the project is complicated, there won’t be a problem “as long as the building doesn’t know it’s moving,” according to a report on the architectural website New York Yimby.

Here is a link to the New York Yimby website, with details about the plans, including illustrations and other images. http://newyorkyimby.com/2015/11/palace-theater-to-be-lifted-29-feet-for-expanded-facilities-and-retail.html 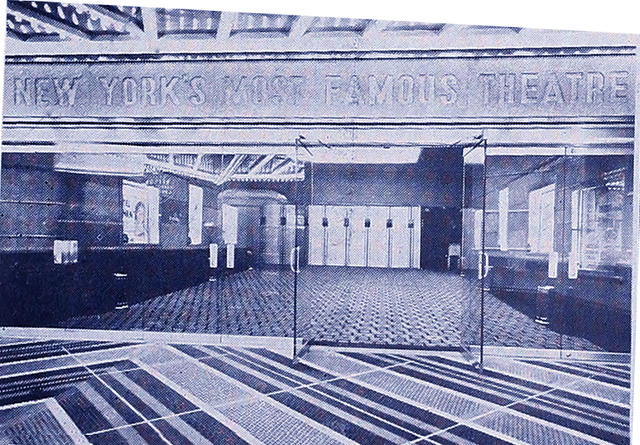 Very stupid and infuriating. There is no respect left for long time theaters either legit house or movie houses. :(

The whole place may crumble when they lift this heavy theatre up, then they can start over with a empty lot in a pricey area.

decodon: what a lame-brain idea. not that broadway needs additional retail space. suggest they make use of what is already available. my money bets that it will collapse into itself. what a shame that would be.

I’m pretty sure it won’t collapse. If they could right the Costa Concordia and sail it away to an Italian Port they should be able to pull this off.

At first glance I’m not sure I see the cost benefit analysis in such an expensive project. But someone thinks it’ll work, and they very likely know more than I do.

Too heartbreaking to see what has been destroyed from the 80s.
If I went back to the 60s it would even be more so.