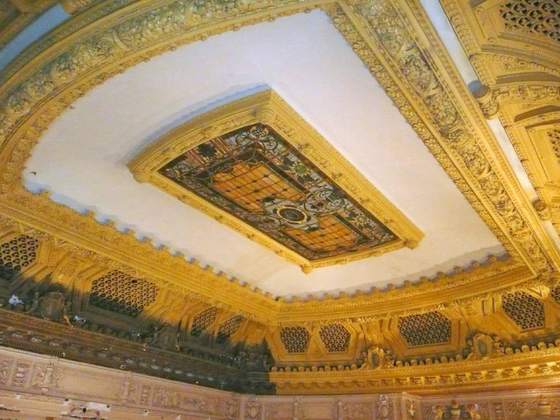 Salt Lake City leaders are weighing an exclusive deal with a private developer on plans to refurbish the old Utah Theater on Main Street — just as Mayor Ralph Becker prepares to leave office.

The city’s Redevelopment Agency Board, which doubles as the City Council, is set to vote Tuesday on whether to start exclusive talks on the abandoned theater with LaSalle Restaurant Group, a Utah-based firm that owns Golden Braid Books, the Oasis Cafe and other notable restaurants.

Managing partner Joel LaSalle said he wants to pursue converting two RDA-owned properties — the historic theater and a neighboring parcel to the south — into a high-quality entertainment and dining venue, potentially with a high-rise hotel or residential condominium tower on top.

His vision for the properties at 144 and 156 S. Main, LaSalle said, could restore the playhouse, boost the street’s vibrancy and add to an emerging theater district in the heart of the city.

“It would be awesome,” LaSalle said of his dinner theater idea. “We’ve been working on this for quite some time now.”

The 2,500-seat, $119 million George S. and Dolores Doré Eccles Theater, rising right across the street, is set to open in June 2016. The Capitol Theatre, around the corner on 200 South, recently underwent a $33 million upgrade.

While the RDA bought the dilapidated Utah Theater in 2010, several other proposals for its use have crumbled.

The RDA exclusivity deal for LaSalle would give both sides the option of pulling out after the first year and allow a third year of dedicated talks if LaSalle and the RDA agree.

LaSalle said if he gets exclusivity, his firm would use up to two years to put together development partners, financing, potential hotel and entertainment operators and a robust business model for the 97-year-old building.

Baxter said the Becker administration has put a high priority on revitalizing the Utah Theater as the last remnant of an early 20th-century era with dozens of live performing venues dotted downtown.

“We view the theater as a public, community asset with a lot of cultural value for Salt Lake City,” Baxter said. “We’re interested in having a development partner who really sees the opportunity and the vision for the site in a very public way.” 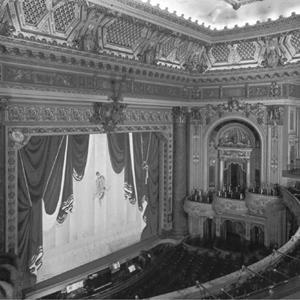 A very beautiful and important historic landmark for this city. Should be saved for the future. Ceiling and proscenium are incredible designs. One of the most handsome theatres in the country.

Babe Ruth performed here in the off season. He toured with a Vaudeville Troupe, there is a great article in the Salt Lake Tribune archives online written about his visit to an orphanage while he was in town.