Inside the King’s Theatre Renovation 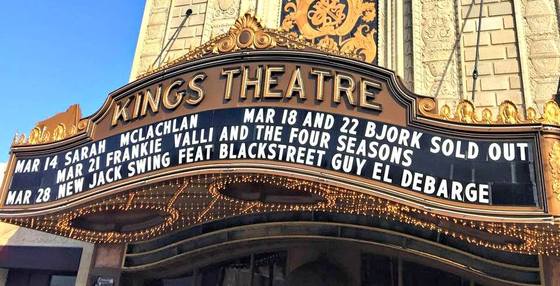 Would you like a tour of King’s Theatre after its extensive renovation? Thirty THS members joined Executive Director Richard Fosbrink for a very special visit. https://youtu.be/ynGUJ-RHSOo

Here’s a wonderful story about some passionate theatre enthusiasts and the King’s Theatre. Read the NY Times article about some very special furniture and the amazing journey of restoration at the Kings Theatre. “When the Kings closed in 1977, and its sumptuous suite of lobby furniture was orphaned, Mrs. Panzica took the pieces and cared for them at her summer getaway, a farm about 40 miles west of Corning, N.Y., that eventually became her year-round home.

And in 2013, when Mrs. Panzica, by now 100 years old, learned through relatives that the Kings was to be reborn, she knew what to do: send back the two throne like chairs, the exquisite console table with a connection to the imperial French court, the Louis XVI-style side chairs, and the lozenge-shape sofa whose ram’s-head arms once curved around Jazz Age moviegoers in a welcoming embrace. The ACE Theatrical Group of Houston, which reopened the theater in February, also knew what to do. Having acquired the furniture at no cost, it spent $75,000 to $80,000 to repair, reupholster, restore and regild the 12 pieces, said David M. Anderson, the president and chief executive."

Learn more about historic theatres on our website www.historictheatres.org