On The Screen: Graumans Chinese Theater Opened 88 Years Ago Today 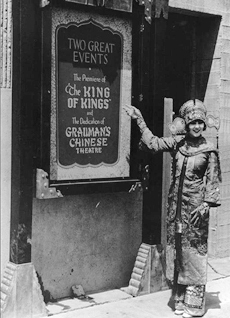 “Sidney Patrick Grauman broke ground for his Chinese Theatre on April 10, 1926. He did it with the customary flair for showmanship which had become his chief claim to fame. Norma Talmadge, "That Star of Stars,” turned the first spade-full of earth with a gold-plated shovel before an enthusiastic crowd of well-wishers, dignitaries, and the complete cast (150) from Grauman’s Prologue to THE BIG PARADE, which, coincidentally, was playing at Grauman’s Egyptian Theatre. One year, one month and nine days later (May 19, 1927), the doors of the Grauman conception of a Chinese Theatre were opened to an eager public…

Grauman’s flair for unusual publicity had been with him since his earliest days. “Lighting the burden of the toil-worn members of the human race who seek relaxation in opera chairs” had been his motto ever since San Francisco had been leveled by the 1906 quake, demolishing in the process the Unique Theatre owned by Grauman Sr. Son Sidney promptly put up a tent show with the reassuring sign, “Nothing to Fall on You Except Canvas in Case of Earthquake.” While the Graumans were entertaining in San Francisco, Hollywood was overnight becoming the center of the infant movie industry. Accompanying one of their shows to Los Angeles, father and son decided their future lay with the rapidly growing film business. Selling their San Francisco interests, they used the proceeds to build their first theatre in Los Angeles, aptly named “The Million Dollar.” In rapid succession, they added the downtown Rialto; sold both of them to finance the Metropolitan, and in turn, sold it to finance the lavish Egyptian, which, as Grauman proudly boasted, was based on the architecture of ancient Thebes.

“Little Sunshine,” as he was known to his chums, was short, enthusiastic, and imaginative, and he was soon on intimate terms with most of Hollywood’s elite; at the Egyptian he staged the first dual premiere when he presented Mary Pickford’s SPARROWS and Douglas Fairbanks' THE BLACK PIRATE, both with appropriate prologues. The opening attraction, Fairbanks' ROBIN HOOD, had played for six months, and THE BIG PARADE had topped that by running almost a year. And that was the rub, as far as Grauman was concerned. Once a film was launched, there was little for him to do. Energetic to an extreme, he impatiently waited for his next opportunity to dazzle the city with one of his prologues. He definitely needed another theatre to play with."

Read Ronald Haver’s article on the Grauman’s Chinese Theatre website. When he wrote the article for the 1971 catalog for the First Los Angeles International Film Exposition, FILMEX, November 4-14, 1971, Ronald Haver (1939-1993) the newly appointed director of film programs at the Los Angeles County Museum of Art (LACMA). He wrote David O. Selznick’s Hollywood (Knopf, 1980), and A Star is Born: The Making of the 1954 Movie and its 1983 Restoration (Knopf, 1988). 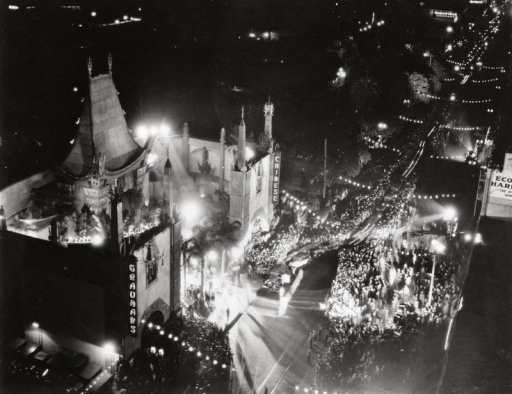 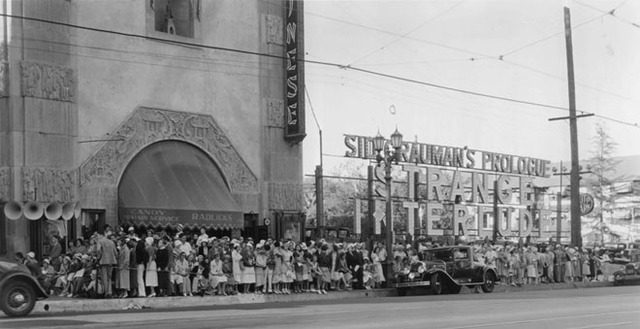 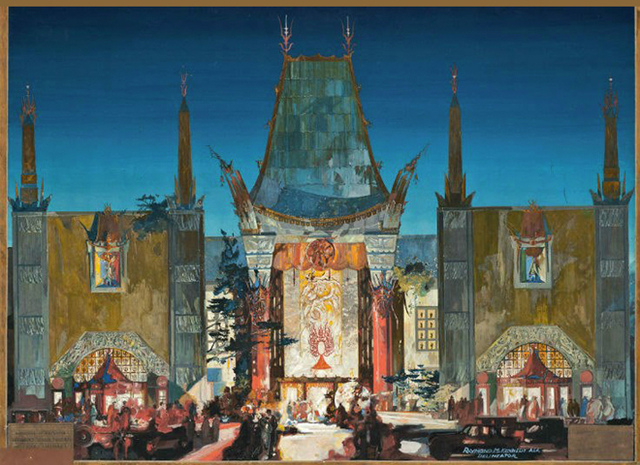 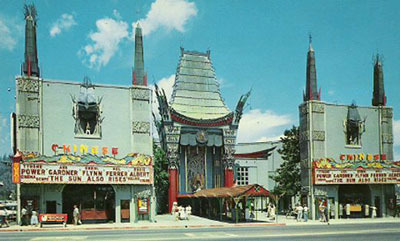