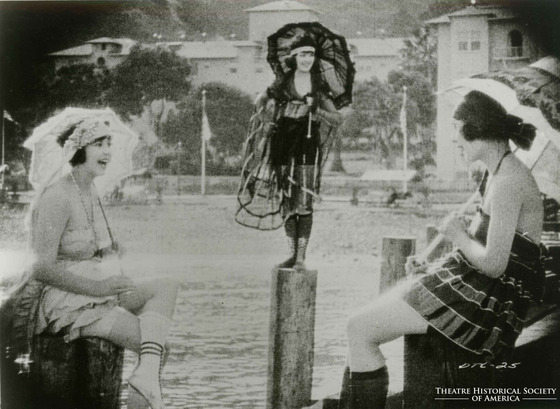 Press photos show more than the celebrities of the day. They can also serve as gateways to moments in history that shape our experiences to this day. This photo is labeled “Sennett’s Bathing Girls.” Mack Sennett, an early film entrepreneur whose Keystone Studios launched the careers of movies stars like Harold Lloyd, Gloria Swanson, and his namesake Keystone Cops.

The way to get Keystone pictures extra notice, Sennet thought, was a healthy dose of knee nudity. The producer put his underlinings to work scouting the area for pretty girls, with particular attention to the look of the bare leg. But these girls, in the rough, were not publicity material. Instead, Sennett posed them next to his star comedians and sent the photos off to the press, knowing that the spectacle of the pretty girls and their pretty knees would give his stars the extra coverage they needed. And just in case the newspapers wanted to get sneaky, he had his photographer shot the images in such a way that sneaky editors could not just cut out the comedian and print the pretty girl.

Not all of Mack Sennett’s Bathing Beauties remained at the “knee-nudity” level of stardom. Mabel Normand continued her career at Sennett’s Keystone Studios, playing the leading lady in a variety of films. Normand’s role at the studio also included work behind the camera, but as this excerpt from her biography at the Columbia University Library’s Women Film Pioneers Project explains, it can be difficult to judge the scope of her involvement.

Normand is listed as director in company records in the Keystone Collection housed in the Academy of Motion Picture Arts and Sciences, yet Moving Picture World reported in 1914 that “Mabel Normand and Mack Sennett collaborated in the direction of this picture” (680). Among more recent sources, Betty Harper Fussell and Kalton C. Lahue both credit the film to Normand alone, while three other sources list it as a collaboration (Fussell 257; Lahue 145). It was, moreover, in relation to the shooting of this film that Chaplin recalls complaining to Sennett about Normand’s “competence,” after which he claims he was allowed to direct all his films at Keystone (149). Sennett remembered events differently, however, suggesting that Chaplin’s apprenticeship lasted for “a dozen one- and two-reel pictures,” during which time he “learned [to direct] from Mabel Normand” (163–64). Finally, Normand herself later claimed in Picture Play that “For a long time, I directed all the pictures I played in, the best known of which are the Chaplin series” (46). Overall, she made eleven films at Keystone with Chaplin, and thirty-one in 1914 alone; if she did, indeed, direct all of the films in which she starred, this suggests a total directorial output far greater than that with which she is typically credited. Our research indicates that she acted as director or co-director for a total of twenty-six films made between 1912 and 1915; of these, however, our sources are in agreement on only seven titles.

A 1925 press photo of a seemingly “wholesome” young actress making use of an innovative radio/dance floor gives an early look at Sally Rand, a performer whose career would shift greatly with the advent of sound films. Discovered and renamed by Cecil B. Demille, Sally Rand was a stage and screen actress in the 1920s, but transitioned to a straight dancing career in the 1930s. She became famous, or rather infamous, for her provocative Fan Dance and Bubble Dance. Her most well-known performance of the Fan Dance was at the 1933 Chicago World’s Fair, where she was arrested four separate times within a single day on charges of indecency.

This particular photo of Juanita Hansen, which is personally inscribed by Hansen, is interesting not just for its subject, but also for its photographer. “Edward Thayer Monroe” is printed in raised lettering in the lower right hand of the print. Monroe was a portrait photographer at White Studios in New York, a studio famous for both performer portraits and for mobile production photography. Monroe was widely regarded as a great photography, with Vanity Fair listing him in the 10 most significant portraitists of 1923.

n the earlier days of movie-going, short serialized story films, called serials, were a popular form of entertainment. These serials were programmed with feature films, so someone going to a movie theatre might watch a newsreel, a serial, and their feature presentation. Many of Sennett’s Bathing Beauties, such as Mabel Normand and Juanita Hansen, would go on to star in his studio’s serials.

An interesting quirk of the press release collection is amount of photos with white-out editing. This process, called “early photoshopping” by some wry scholars, was used to delineate individual figures for cropping pre-publication.

Learn More About Historic Theatres on our website www.historictheatres.org

Theatre Historical Society of America (THS) was founded by Ben Hall in 1969. THS celebrates, documents and promotes the architectural, cultural and social relevance of America’s historic theatres. Through its preservation of the collections in the American Theatre Architecture Archive, its signature publication Marquee™ and Conclave Theatre Tour, THS increases awareness, appreciation and scholarly study of America’s theatres. 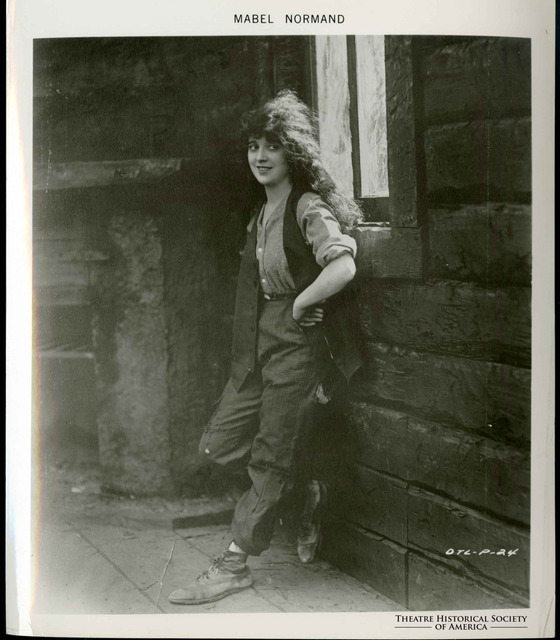 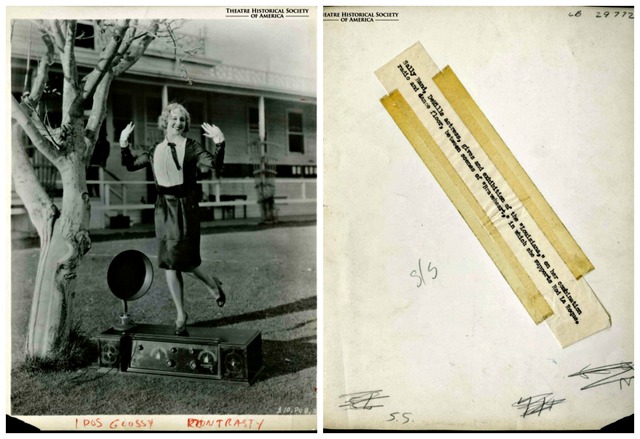 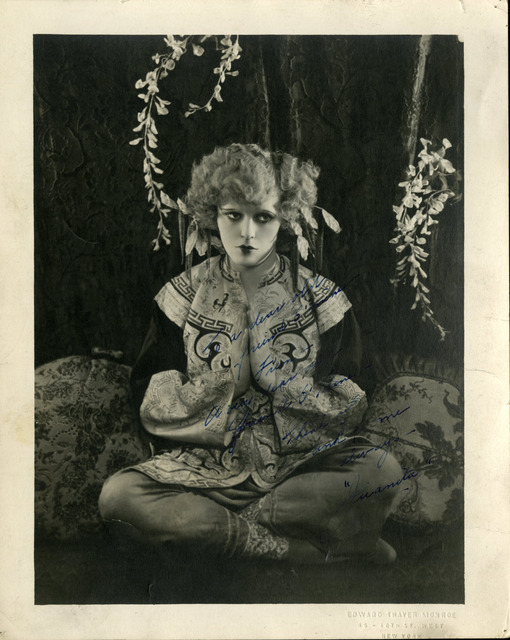 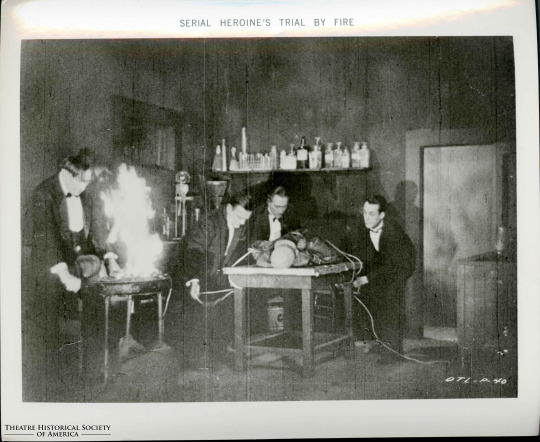 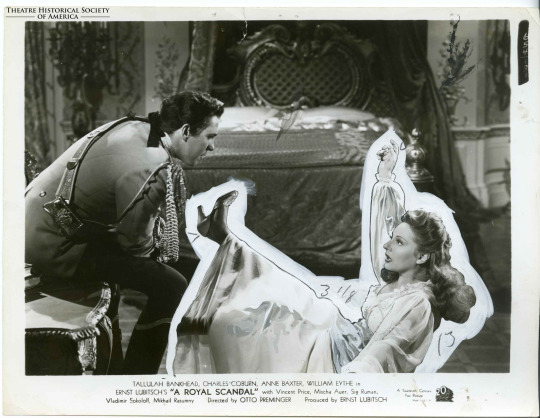