The Grand Theatre in Steubenville Ohio 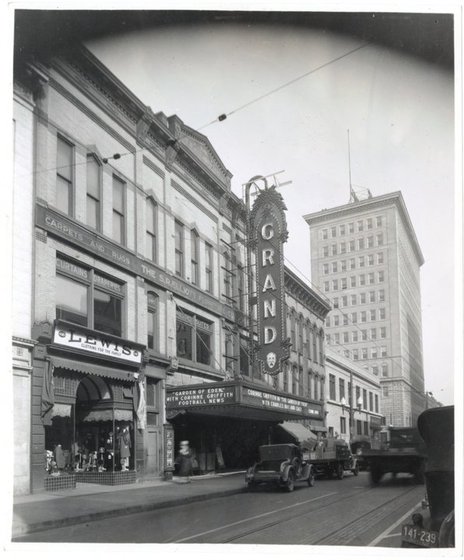 The Mighty Wurlitzer at the Grand Theatre in Steubenville is back in its home. Restoration is underway, thanks in part to Facebook!

“The organ was a part of the theater in the 1920s and ‘30s. Construction workers currently working to restore the theater thought the organ was long gone, until a Facebook post seen by someone in Illinois changed everything. "Around Christmas, I had made a post on Facebook, which was seen by someone else who was working on a theater in Rockford, Illinois, who knew friends that had the organ,” Scott Dressel,president of the Grand Theatre restoration project said. “I made the post saying we were looking for the organ.”

Watch this great video about the recovery of the organ and efforts to restore this theatre. http://www.wtov9.com/…/wtov_coming-home-wurlitzer-organ-ret…

Originally built to house a saloon and a livery station in the 1880s by a German immigrant and was converted into a theater in the 1920s, the large, warehouse-sized room above the lobby area of the Grand Theater once was home to the extended Griesinger family and visitors who included Buffalo Bill Cody, according to John Griesinger. “My great-grandfather Jacob Griesinger drove a stagecoach and that is why he built the livery stables. Plus he had the saloon and restaurant,” related Griesinger. “In 1924 the four Biggio brothers (Charles, Edward, Howard and William) leased the property and tore down the livery stables and built the auditorium for a theater.

“I grew up in that theater,” Mary Martha Biggio Salata remembered…” “There were so many theaters in Steubenville those days because everyone went to the movies. The new releases started every Thursday and I would often see the same people every Thursday. It was mostly mamas and papas going out for the evening. It was during the Great Depression and theaters were big in Steubenville. The movies, and especially the musicals, helped people forget the hard times for a time. And about three or four times a year the movie production company would bring in live entertainment as an added attraction,” Salata said. http://historicsteubenville.org/history.htm