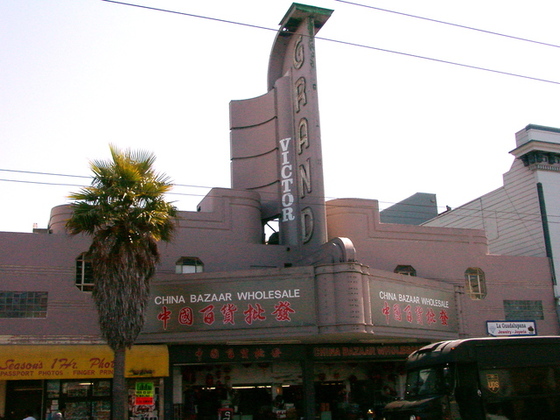 Two great San Francisco Historic Theatres, the Grand Theatre and the New Mission Theatre, are leading a new life as part of their community.

The Grand Theater opened in 1940. It was designed for D.B. Levin by architects Albert O. Lansburgh and S. Charles Lee in an Art Deco Style. Interior decorations were carried out by the Heinsbergen Decorating Co. All seating was on a single level.

“After two years of development, Gray Area Foundation for the Arts has settled permanently in its new home at the Mission District’s historic Grand Theater and has opened its doors to artists, techies and neighborhood residents.

With the current real estate market quickly pushing cultural and nonprofit organizations out of San Francisco, Gray Area hopes their revitalization of the theater and the “experimental initiatives” it plans to house will foster cross-medium art collaborations and civic engagement.“ Read more about the Grand and Gray Area Foundation here. http://www.sfstation.com/…/gray-area-foundation-revives-gr…/ Here is a link to Gray Area website http://grayarea.org/about/mission/

The New Mission Theatre was built in 1916 and originally designed by the Reid Brothers. The over 2,000-seat movie palace was renovated for the Nasser Brothers circuit in 1932 by Timothy Pflueger, who transformed it into an Art Deco style wonderland. The theater also has a 70 foot marquee that is a local landmark. After closing, it spent many years as a furniture store.

The City College of San Francisco proposed to raze much of the former movie palace and build new campus facilities inside the theatre’s building. Believing that more of a theatre could be retained while still achieving the school’s goals, a local group called ‘Save the New Mission Theatre’ lobbied to stop CCSF from executing its plans.

In 2012, Alamo Drafthouse announced plans to convert the theatre into a five auditorium cinema, with new auditoriums in the balcony and preserving the main screen. It planned to re-open in 2015. (New Mission Theatre content submitted by Ross Melnick via Cinema Treasures) Read more about the New Mission Theatre and watch the live stream renovations on the Alamo Drafthouse website http://drafthouse.com/san_francisco/new_mission

Is your community restoring an historic theatre? Tell us about your project! 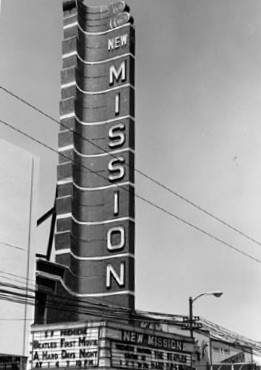 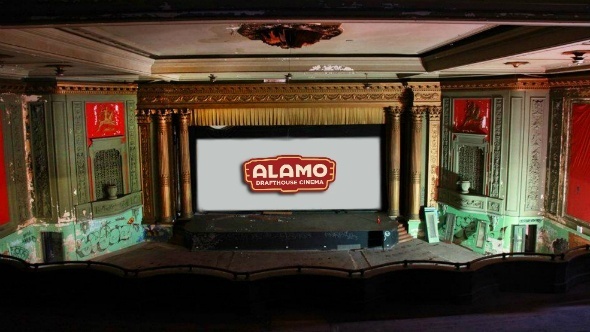