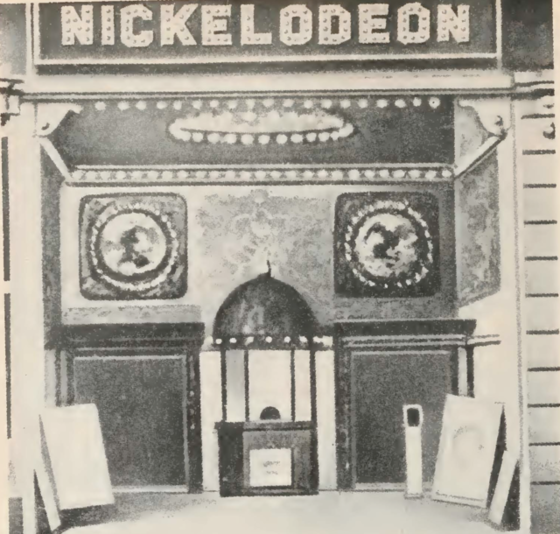 On this day in 1905 the first ‘Nickelodeon’ opened! It was located in Pittsburgh, Pennsylvania, and developed by the showman Harry Davis. The storefront theater had 96 seats and charged each five cents admission for each show. Nickelodeons were named using a combination of the admission cost and odeon, the Greek word for “theater”. Nickleodeons soon spread across the country, with programs that included live vaudeville acts as well as short films. Here’s a great story about the first Nickelodeon from PA Book Library –

‘Historians estimate the building for the Nickelodeon on Smithfield Street cost around $40,000 to purchase and decorate, but its worth to history is much more. This first theater was the impetus for nation-wide “nickel madness,” a sensation that spurred thousands of businessmen and showmen to open their own nickelodeons (with different names) in cities across the U.S. Within Pittsburgh alone, over one hundred nickelodeons opened in the years following Harris and Davis’ motion picture theater.

‘No business records from the time remain, but it is estimated that around 7,000 people patronized the theater each day between 8 A.M. and midnight. The first day the Nickelodeon opened, 450 people watched movies. By the second day, more than 1,500 people waited in lines. They were greeted with the best showmanship Davis could offer, for he was a believer in getting the most “bang for your buck,” a formula that nearly all nickelodeon owners followed. Phonographs or sideshow actors called out to attract crowds to their doors, while brightly lit signs towered as many as three stories above the storefront proclaiming the name of the theater and its current list of shows.

Harris and Davis’s small storefront theater also boasted a variety of architectural flourishes such as crown moldings, embellished ceilings, and colorful paintings. Gilded statues and sconces greeted customers in the lobby, offering a rich “high class” atmosphere to the masses that could not normally afford it. What patrons didn’t know is that most of the decorations in Harris and Davis’s theater were extraordinarily cheap! Davis employed craftsmen who already worked in his regular theaters to embellish the Nickelodeon in the style of opera houses. If such opulence worked in those buildings, why not in a motion picture theater? And succeed it did. People flocked to the Nickelodeon to experience the classy ambience and view the latest film the way the upper class went to see the latest play or opera.

Here is a link to the PA Book Library article http://pabook.libraries.psu.edu/palitmap/Nickelodeon.html 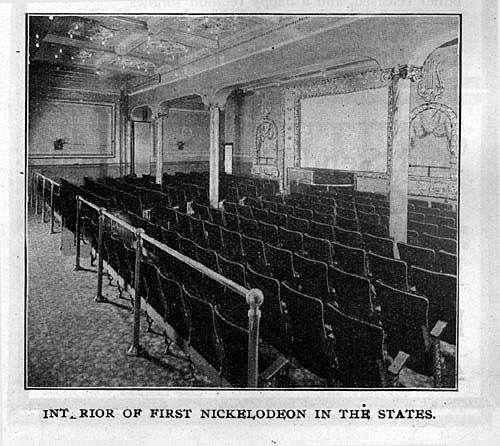 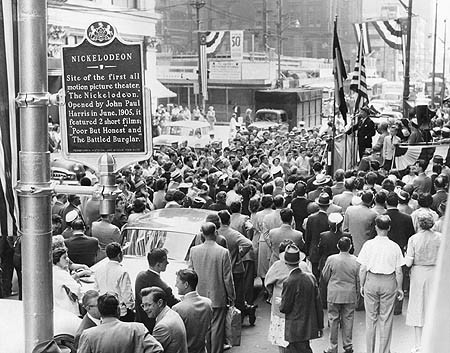 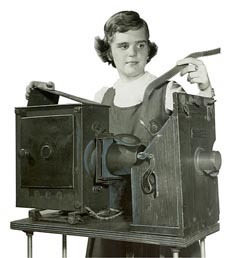 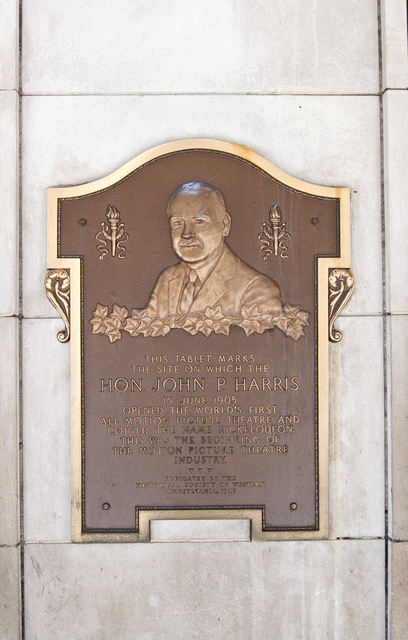