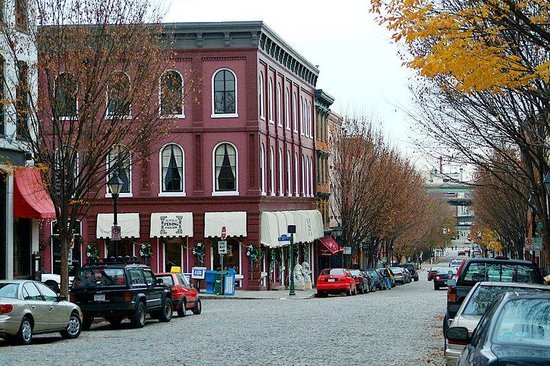 THS begins the 2015 Conclave Theatre Tour today. This exciting trip will take us to historic theatres across the state of Virginia! This afternoon our group will enjoy a docent led walking tour or Richmond’s Historic Shockoe Slip district. Tomorrow morning we will visit the Byrd and Altria theatres.

In the shadow of Richmond’s financial district along the James River lies a neighborhood of cobblestone streets and alleyways, it’s called Shockoe Slip, and it’s haunted by history. Shockoe Slip earned its unusual name from the creek that once flowed through it. “Shacquohocan” was the Indian word for the large, flat stones at the mouth of the creek, and “slip” refers to the area’s position on the canal basin where boats loaded their cargo.

Founded as a small trading post by William Byrd in the early 1600’s, Shockoe Slip was the commercial center of Richmond and most of the Western part of the State. A young George Washington surveyed The Kanawha Canal that ran west and became the super waterway for goods until the Civil War.

Shockoe Slip literally rose out of the ashes after retreating Confederate troops burned most of downtown. Railroads and highways in the next century replaced the canals and waterways as major routes of commercial transportation.

In the early 1970’s an eclectic group of entrepreneurs and architects sparked the area’s second rejuvenation. Shockoe Slip’s neighborhood has become a prime example of urban restoration and historic preservation.

Richmond’s Altria Theatre: “This Theater, ranking high among the ten greatest in the United States, has been built and will be operated as ‘Richmond’s Own Theater.’” Source: Opening Night Program, October 28, 1927.

Following seven years of planning and two years of construction, the Mosque Theater opened on that Autumn evening more than 80 years ago with the farewell performance of opera legend Madame Ernestine Schumann-Heink.

The Mosque Theater was the 1918 brainchild of Clinton L. Williams, Potentate of the ACCA Temple, Nobles of the Mystic Shrine. Williams felt his fraternal organization had outgrown its meeting place, so he set out to build a venue that would outshine any other Shriner facility, and thus would create an entertainment palace for the City of Richmond. Designed by architects Marcellus Wright, Sr., Charles M. Robinson and Charles Custer Robinson, the original plans included a 4,600 seat theater, four lounges, six lobbies, 18 dressing rooms, 42 hotel rooms, a gymnasium, locker rooms, a pool, a three-lane bowling alley, offices and a restaurant called “The Mosque Grill”. The theater’s construction price tag was $1.65 million.

Here’s a great Richmond Bizsense about the Altria’s extensice renovations:

‘After two and a half years of renovations, the Altria Theater, formerly known as the Landmark and the Mosque, reopened on Sunday.

Only a few finishing touches remain before the $63 million renovation project is complete, said Jay Smith, a partner with public affairs firm Capital Results speaking on behalf of the theater.

“We tried to keep the character of a 1920s theater, including its Moroccan theme, but also then include the amenities that people have come to expect of a 20th-century theater,” Smith said. Read the full article here: http://www.richmondbizsense.com/2014/11/03/altria-lifts-curtain-on-revamped-theater/ 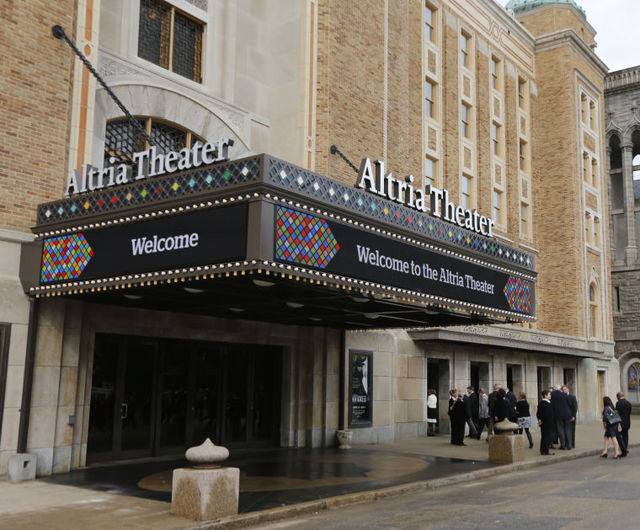 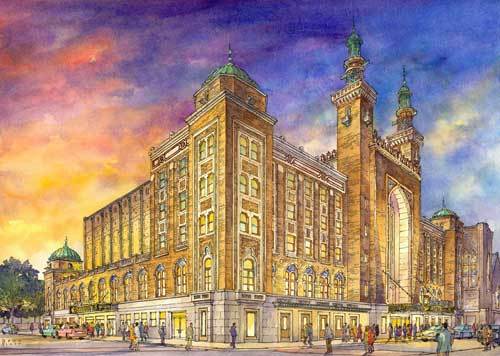 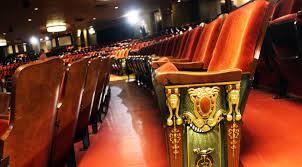