So Far We Visited 12 Theatres in 2 Days, Including Richmond’s Carpenter Theatre 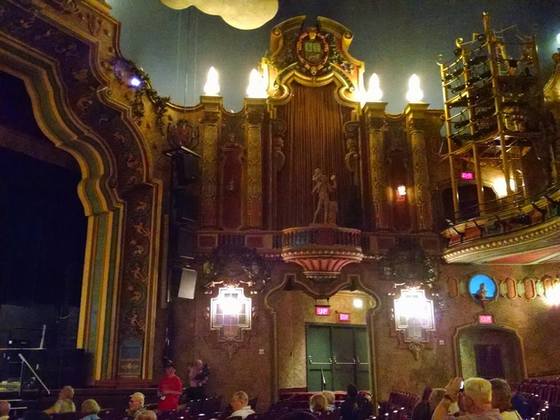 The Loew’s Theater at 6th and Grace streets in Richmond is a handsome example of movie palace architecture of the 1920s. Designed by the renowned theater architect John Eberson, Loew’s was considered the most up-to-date theater in the South when it opened to capacity crowds on April 9, 1928. Richmond’s Loew’s displays all the theater accoutrement deemed necessary for a successful theater of the twenties. On the exterior these include an exotic, romanticized image of a distant land; an imposing corner tower establishing the building as a major visual and cultural landmark within the urban landscape; and a large marquee woven into the facade by day and a blazing standard by night.

A mixture of Moorish and Spanish Colonial Revivals provided the appropriate fanciful image for Richmond’s Loew’s Theater. The image on the interior begins in the entrance lobby and foyer with stuccoed walls, turned woodwork, colorful Spanish tile designs and culminates in the auditorium. Facades line the sides of the theater, presenting the illusion of an open Spanish plaza. To the front a large proscenium arch with Spanish Baroque details separates the audience from the stage. A sky-colored ceiling completes the illusion of sitting in an outside Spanish court. One reviewer attested to the success of Eberson’s special atmospheric effects, remarking at the theater’s grand opening.

“Going into the theatre was like going out of doors, except it was raining out of doors. Stars twinkled in a cerulean ceiling and clouds drifted slowly by.”

Over 12,000 people streamed into the theater on opening day…In addition to the speeches and movie, the audience was treated to several patriotic orchestral tunes, a short comedy, and, what one reviewer called “the most impressive part of the bill …’Wild Oscar’, an organist of parts, a deft exponent of syncopation, a nimble musical trickster and a singer of pleasant and agreeable voice.” Accompanying “Wild Oscar’’ and his music was a series of stereopticon slides.

Entering into a period of decline during the late 1970s, Richmond’s Loew’s Theater closed in June 1979. During its last years as a movie house it played mostly grade “B” movies catering to fans of Bruce Lee and Kung Fu. In June 1979 the theater was purchased by the Richmond Symphony with the intent of using the building as the symphony’s home theater. The Richmond Loew’s has now been reopened as the Carpenter Theatre, part of Richmond’s multi-venue CenterStage complex.

Text courtesy of the Virginia Department of Historic Resources 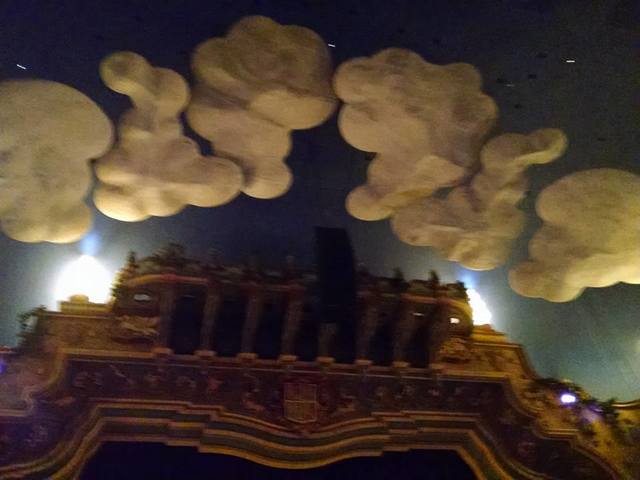 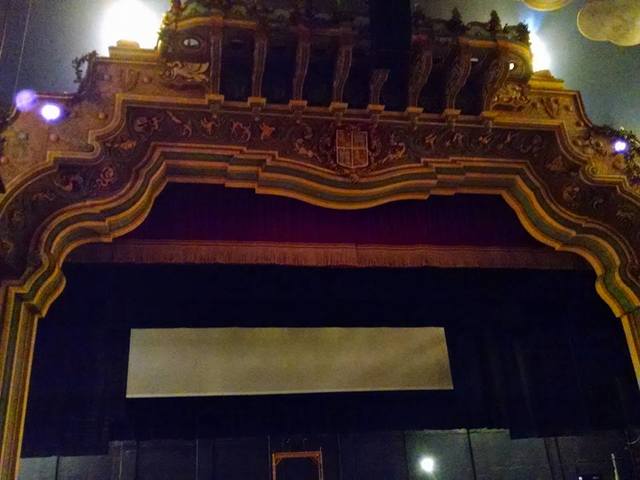 Proscenium arch is dramatic and wonderful and side detail is too. Ceiling is unique too.

I guess they need the prop clouds for the orchestra. But I don’t like the way they look. Wish they could find another way.

Agree with your opinion about the clouds. I was on the Conclave tour, and even our host at the theatre, who works there, commented that they look “Too cartoony.” But yes, they help with orchestral sound.

I want to hear the Wurlitzer! They nearly ever use it!