Mighty Wurlitzer Restored and Back in use in Melbourne 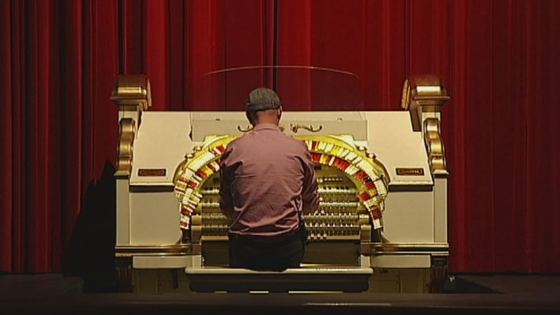 ‘One of the most renowned instruments ever brought to Australia is still being heard thanks to the efforts of a group of enthusiasts in Melbourne who rescued and restored it from rot.’ – Andrew Bell, ABC News

The name Wurlitzer is usually proceeded by the completely apt adjective, mighty.

It was a popular brand of theatre organ and a mainstay at cinemas in the middle decades of the 20th century.

There were an estimated 7,000 organs installed in movie theatres around the world by the mid-1930s and about a quarter of them were Wurlitzers.

“There were a lot of other manufacturers of theatre organs, but if you had a Wurlitzer you really had the bees knees, so to speak,” Melbourne-based organist Scott Harrison said.

The instruments first accompanied silent films, adding not only music but sound effects such as police sirens and galloping hooves…

John McLennan, another long-serving member of the Theatre Organ Society of Australia (TOSA), remembered the time when the Wurlitzer and its ilk were a crucial part of a good night out.

“I would go to a theatre in the city and the first thing I’d ask before buying a ticket would be, ‘Is the organ playing tonight?’,” he said.

Theatre organs have multiple keyboards and a horseshoe-shaped arrangement of stop tabs above and around those keyboards. Using electro-pneumatics, low-voltage electricity transmits the action of the organ keys to the pipes. The sound produced is remarkable and wide-ranging, while the console itself is eye-catching with its multi-coloured stops.

Read the ABC article and listen to the organ here: http://www.abc.net.au/news/2015-06-07/mighty-melbourne-wurlitzer-organ-restored-from-decay/6524384

PHOTO 1: The Wurlitzer was restored by the Theatre Organ Society of Australia. (ABC News) PHOTO 2: A view of some of the 1,482 pipes used to play the instrument. (ABC News) 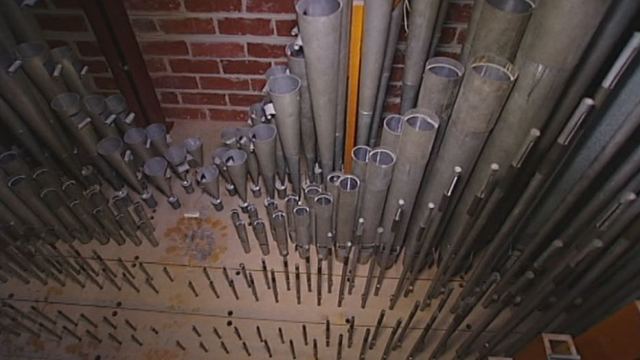 My father was City Engineer for what was then Moorabbin Council when the organ was installed in the Town Hall, and I remember going in regularly on weekends to watch the installation. Fascinating to watch, even more to be in the roof where the small pipes, brass instruments, xylophones etc were, especially when they were being played. It was amazing to watch men climb up and straddle the top of the huge bass pipes to tune them. I attended quite a few concerts there, and it’s great to know the organ has been restored once again to its former glory.