The First Drive-in Theater Opened 82 Years Ago This Week! 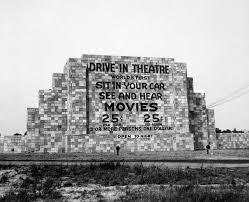 The first drive-in theater in America opened 82 years ago this week: “About 600 people came to the theater on opening night, June 6, 1933,” Hoffman told the newspaper. “People were from 20 or 30 different states. It really captured the attention of a lot of people.”

On 6 June 1933 eager motorists park their automobiles on the grounds of Park-In Theaters, the first-ever drive-in movie theater, located on Crescent Boulevard in Camden, New Jersey.

Park-In Theaters–the term “drive-in” came to be widely used only later–was the brainchild of Richard Hollingshead, a movie fan and a sales manager at his father’s company, Whiz Auto Products, in Camden. Reportedly inspired by his mother’s struggle to sit comfortably in traditional movie theater seats, Hollingshead came up with the idea of an open-air theater where patrons watched movies in the comfort of their own automobiles. He then experimented in the driveway of his own house with different projection and sound techniques, mounting a 1928 Kodak projector on the hood of his car, pinning a screen to some trees, and placing a radio behind the screen for sound. He also tested ways to guard against rain and other inclement weather, and devised the ideal spacing arrangement for a number of cars so that all would have a view of the screen.

The young entrepreneur received a patent for the concept in May of 1933 and opened Park-In Theaters, Inc. less than a month later, with an initial investment of $30,000. Advertising it as entertainment for the whole family, Hollingshead charged 25 cents per car and 25 cents per person, with no group paying more than one dollar. The idea caught on, and after Hollingshead’s patent was overturned in 1949, drive-in theaters began popping up all over the country. One of the largest was the All-Weather Drive-In of Copiague, New York, which featured parking space for 2,500 cars, a kid’s playground and a full service restaurant, all on a 28-acre lot.“ Read more of the History.com article here. http://www.history.com/this-day-in-history/first-drive-in-movie-theater-opens

‘Drive-in theaters became a fixture across the United States after World War II, peaking at more than 4,000 movie theaters in the 1950s. Hollingshead’s theater was far more short-lived as it closed less than three years after its opening.

At present, there are nearly 4,600 movie theaters around the country, but only 350 drive-ins remain in operation, according to TheAwl.com.‘ Enjoy this great article from NJ.com http://www.nj.com/news/index.ssf/2015/06/82_years_ago_first_drive-in_theatre_opened_in_nj.html

Check out the great Drive-ins on Cinema Treasures! 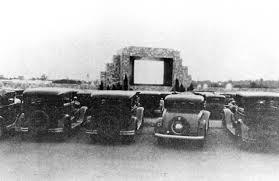 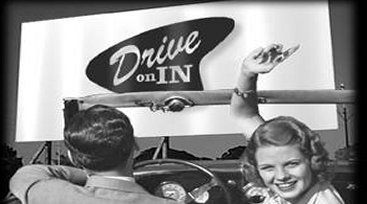