The Byrd Theatre in Richmond received a $5,000 grant from the American Theatre Organ Society (ATOS) 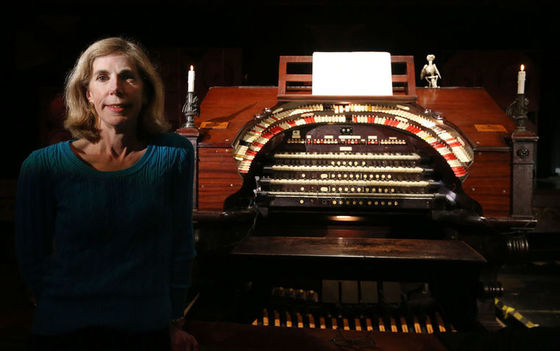 The grant will be used to fund partial repair the xylophone in the upper left alcove. The news came in today from Wendy Wurlitzer, THS board member and member of the restoration committee for the Byrd’s Mighty Wurlitzer. Ms. Wurlitzer is the great-great-granddaughter of Rudolph Wurlitzer, the German immigrant who started the organ company in 1856.﻿

In a recent article the Richmond Times Dispatch reported that the Byrd’s organ is one of the few original factory-installed Wurlitzer theater pipe organs from that era still in its original location and still played on a regular basis. (Numerous Richmond movie houses once claimed theater pipe organs, but only two others remain, though the Mighty Wurlitzer at the Altria Theater has not been playable for years and is not connected at the moment because of renovations there, and the one at the Carpenter Theatre is not regularly played.)

The organ was custom-built for the Byrd, disassembled and brought by train to Richmond for installation in the new movie palace that opened in 1928.

The price tag? The organ was $37,500 and the organ console lift another $17,500, according to records discovered by Byrd general manager Todd A. Schall-Vess.

Technicians spent weeks soldering the thousands of wires that run from the relay room to the console, Schall-Vess said. The organ operates with electrical contacts and magnets that control air flow through pipes or to gizmos that beat drums or shake tambourines. It sounds complicated and it is, though it also is very straightforward. Nothing is synthesized.

Thomas Rohlfs of Rocky Mount, was enlisted to handle the restoration. Over the past few years, he’s visited the Byrd periodically — as funds have become available — to clean, repair and replace as the instrument is brought back to its original (and in some ways better-than-ever because of improved materials) condition.

ABOUT THEATRE HISTORICAL SOCIETY OF AMERICA: Founded by Ben Hall in 1969, the Theatre Historical Society of America (THS) celebrates, documents and promotes the architectural, cultural and social relevance of America’s historic theatres. Through its preservation of the collections in the American Theatre Architecture Archive, its signature publication Marquee™ and Conclave Theatre Tour, THS increases awareness, appreciation and scholarly study of America’s theatres. Learn more about historic theatres on our website at www.histortictheatres.org