Gorgeous Old Movie Theatres That Have Fallen Into Ruin 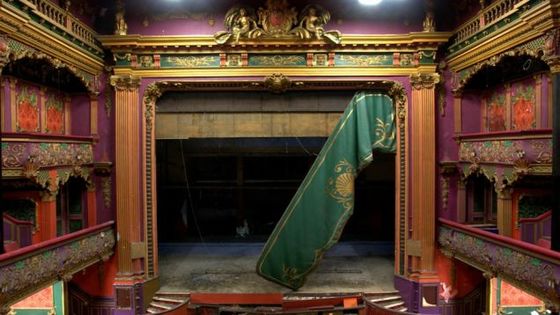 This is a little sad, but also beautiful and inspiring. Do you have a theatre in your neighborhood in need of community support and investment?

From io9:“Movie theaters used to be glamorous places, like music halls or opera houses. The spectacle of the movie-going experience extended out into the actual look and feel of the cinema. But many of these ornate old movie theaters have fallen into disrepair, and look like gorgeous disaster areas…

The first two images are the Hulme Hippodrome, also known as the Grand Junction Theatre and Floral Hall and Second Manchester Repertory Theatre.(1901-1960s)After its closure as a theatre, it was used as a bingo hall from the mid-1970s to 1986.

Michigan Theatre, Detroit, Michigan (1925-1976)is a 4,038-seat theatre with extravagant details was built in 1925 with the 13-story Michigan Building office tower on the site of the small garage where Henry Ford built his quadricycle. As a movie theatre it closed in 1967, but reopened two times until 1971. It was transformed to a club in 1972 and a concert venue in 1973, but the place finally closed in 1976. It’s been a parking garage since then.

There are more amazing images of places like the Proctor’s Palace Roof Theatre, Newark, New Jersey (1915-1968, and others. Highlight the link below and right click to read the article on io9. 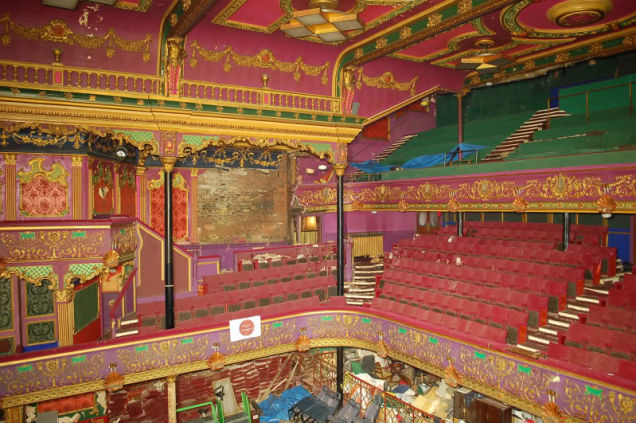 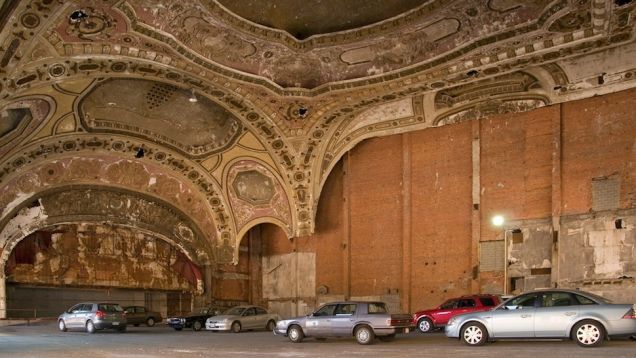 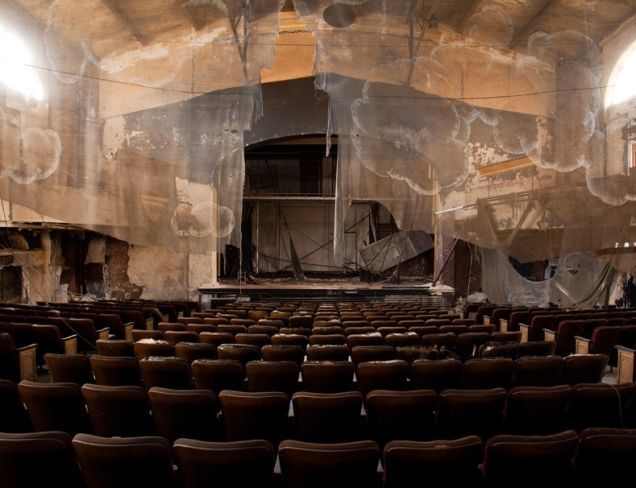