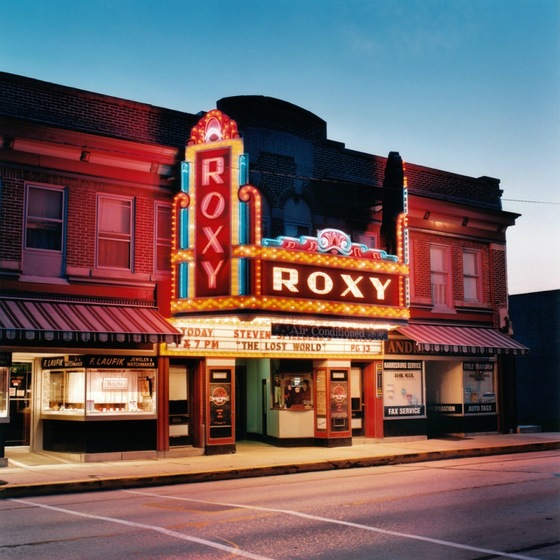 Klaven’s states in the introduction to her images, “These early theaters represent a unique architectural resource that is rapidly vanishing from the nation’s landscape. In fact, in 2001, the National Trust for Historic Preservation placed the single-screen historic theater atop its Most Endangered Historic Places list.”

“During Hollywood’s golden age—the 1920s through 1940s—nearly every American city and town had its own movie palace. Whether an extravagant, neon-clad jewel or of more modest proportion, the neighborhood theater was the anchor of the community’s social and economic life. Designed in a wide range of flamboyant architectural styles, America’s historic theaters have entertained millions, first as vaudeville houses and later as movie theaters…

From the ornate city palace to the intimate small-town movie house my photographic journey has taken me all over the country. I strive to record this rapidly vanishing era in American popular culture. Through this series I explore the history of architecture and design, the evolution of our social history and habits, and the importance of preserving a record of the past." 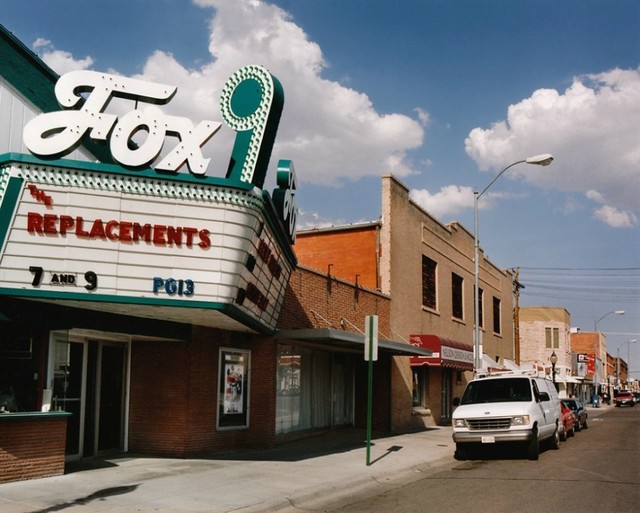 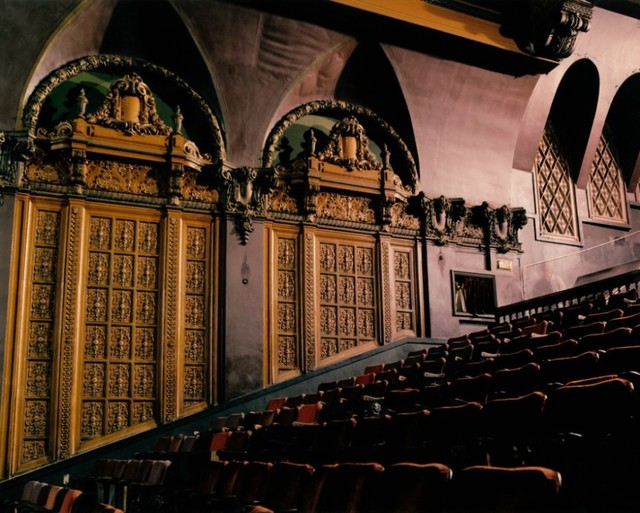