A Great Collection of Old Pictures From the Michigan Theatre in Detroit. 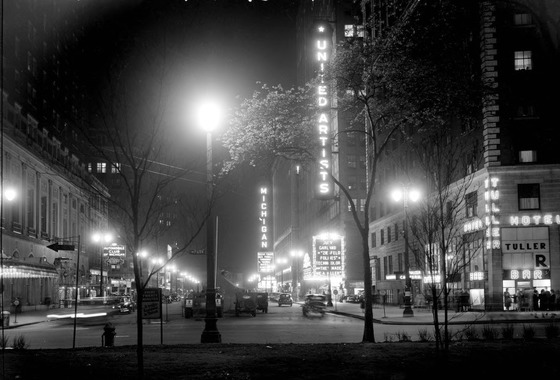 The Michigan Theater was built for the Kunsky circuit in 1926 by Chicago-based firm Rapp & Rapp, in their traditional French Renaissance style, and sat over 4,000 in its cavernous auditorium.

It cost over $5 million and was extravagantly elegant. The Michigan’s four-story lobby was decorated with a set of huge chandeliers, towering columns painted to resemble multi-colored marble, and oil-paintings and sculpture from Europe. Its grand staircase swept up-wards to a mezzanine level complete with a sitting area with antique furniture and another staircase led to the balcony levels.

The auditorium featured a large orchestra pit, and a $50,000 Wurlitzer organ. Its stage was large enough to accommodate the most elaborate stage shows of the day.

The theater’s owners at the time decided to convert the magnificent palace into a three level parking garage. While portions of the lobby, upper balcony and the projection booth are somewhat intact, the auditorium was stripped down to its shell except for the ceiling and parts of the upper proscenium arch, which still hang on the garage’s upper floor looking like ancient Roman ruins.

The theater can be seen in the movie “8 Mile” in the background as they rap before they enter the Chin Tiki, and is also featured in “Lose Yourself”, by Eminem as a stage backdrop.“ Cinema Treasures.”

Enjoy the photo gallery and read more about the theatre here: http://www.historicdetroit.org/galleries/michigan-theatre-old-photos/ 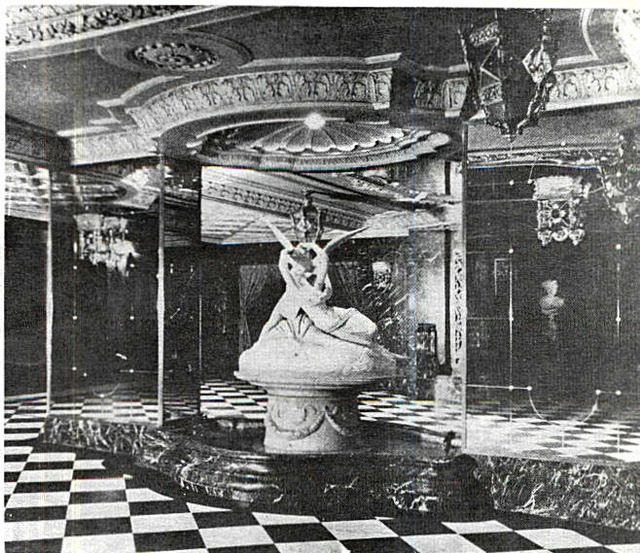