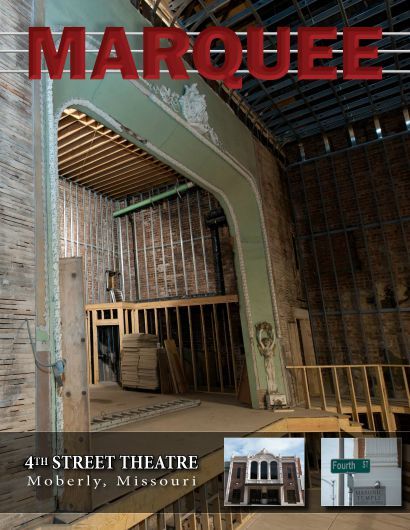 When we think of grand theaters, it is the ornate movie house in places like New York, Philadelphia, Chicago, and San Francisco that come to mind. This thoughtful issue of our Marquee shifts our focus from the great cities to a small town, the sort of place where most Americans experienced film entertainment.

Through the memories and reporting of those such as Dale Carter and Carolee Hazlet, we have a glimpse of the history of theater buildings in the small but vital town of Moberly, Missouri. A small town with an estimated 2012 population of 13,987, Moberly is far from the teeming metropolitan areas previously mentioned. It does, however, have a rich history relating to its theaters.

Dale Carter’s article accounts the history of theaters in Moberly, their designs, their many owners, their uses and demises and, of course, the destructive fire that seems to hit at least one theater building in every town or city. Carolee Hazlet’s account of the process of restoring the 4th Street Theatre is especially interesting to me. Restoring a local treasure such as the 4th Street involves even more work than I had considered. Notice how the group from Moberly, spearheaded by Carolee, not only looks to the restoration, but also considers the future of the building and its projected expenses and income, so that their considerable efforts continue to reap the rewards that these hard-working people seek. The restoration process of such places is quite clearly not only an involved process, but also a rewarding one. Moberly is indeed fortunate to have such a group of dedicated volunteers who are making a difference in the 4th Street Theatre, and also in downtown Moberly.

Highlight and right click links or past in your browser to open in a new tab. 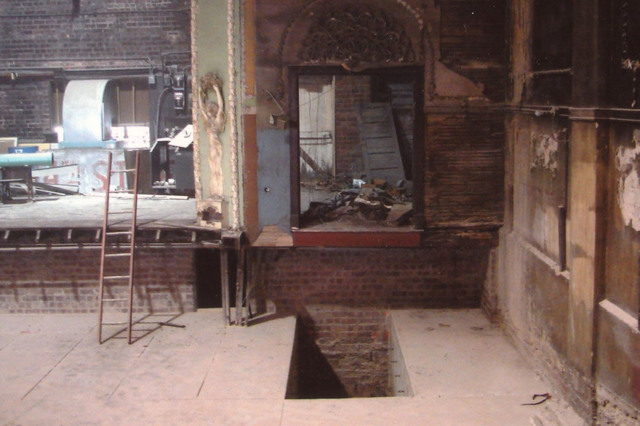 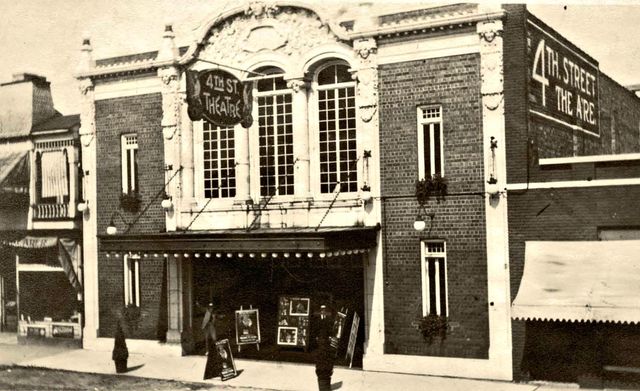