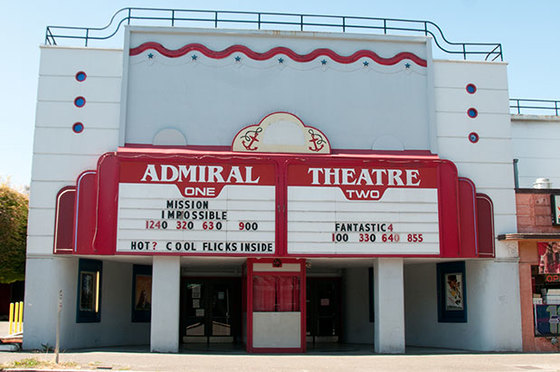 When you step inside the Admiral Theatre, it’s as if you’re stepping back in time. That’s because the West Seattle movie house, which sits along California Avenue SW, has gone largely untouched—save for a few tweaks in the ‘60s and '70s—since opening in 1942. (The theater first opened in 1919 as the Portola. You can read more about its extensive history here.)

Despite the Admiral’s wear and tear, it’s a treasured landmark to West Seattleites and beyond, who over the years have rallied to save the Art Deco darling when developers came knocking. In 1989, after its then-owner Cineplex Odeon had officially closed the theater, the Southwest Seattle Historical Society organized a Save The Admiral task force, which eventually led to the Seattle Landmarks Preservation Board deeming it a city landmark. According to the Historical Society, this designation meant that no owner of the building could make changes to the Admiral’s historic features without approval of the board.

Read more about the project in Seattle Magazine: http://www.seattlemag.com/article/historic-admiral-theatre-get-substantial-makeover