The Theatre on Your Street: The Historic Huntridge Theatre in Las Vegas Will Not Get Renovation 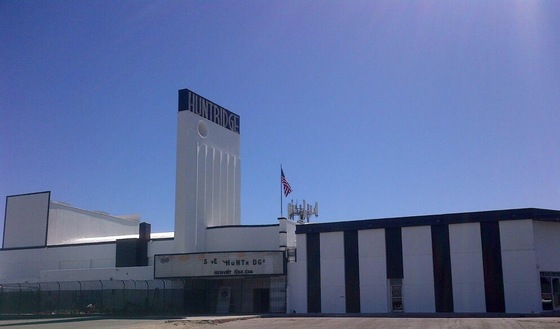 The Historic Huntridge Theatre is Las Vegas will not get the renovation hoped for by Michael Cornthwaite, Joey Vanas and inspired Vegas residents. It was an ambitious idea that brought the community together. But a plan to buy and renovate the historic Huntridge Theater appears dead. Two years ago, Michael Cornthwaite and Joey Vanas ignited the imaginations of Las Vegas residents when they announced plans to renovate the 71-year-old Huntridge Theater on Charleston Boulevard at Maryland Parkway.

Opened on October 10, 1944 and designed by architect by S. Charles Lee, the Huntridge Theatre was a popular movie theatre for over forty years. After closing in 1977 it was twinned with a dividing wall built down the center of the auditorium. It re-opened in 1980, but closed only months later. Re-opened in 1983, it closed as a movie theatre in 1989.

The Huntridge reopened in 1993 as a concert hall and performing arts venue off of the Las Vegas Strip. The auditorium was restored to a single space, but all seating was removed

The theater was closed on December 31, 2001 and was taken over by an adjoining retail store to be used as storage.

The theater has been rebuilt and at least externally restored, and it reopened as a concert venue for mostly alternative/metal acts in 2002, but closed in July 2004 for ‘remodeling’.

The Huntridge Theatre was placed on the State Register of Historic Places and has a covenant placed on it, that it cannot be destroyed until 2017.

Read more about the Huntridge on the Nevada Public Radio website: http://knpr.org/knpr/2015-09/plans-restoration-historic-huntridge-theater-appear-dead