Subscribe to this blog
posted by ThrHistoricalSociety on September 25, 2015 at 10:31 am 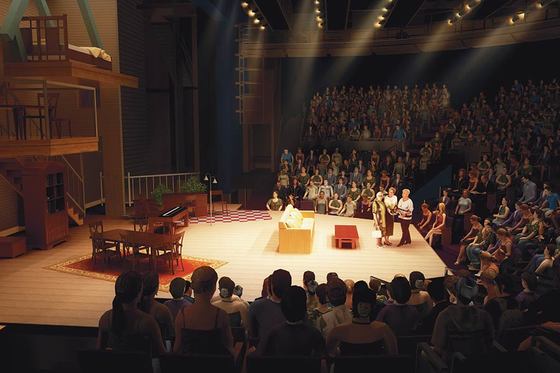 ABC News and Houston’s KTRK reports that crews just have the finishing touches left on the $46.5 million renovation. General Manager Ten Eyck Swackhamer took us backstage and center stage. He said the changes mean an experience unlike any other in the area. KTRK’s report includes a video-look backstage at the fly system, which can ‘drop props in and out that weigh up to 2,000 pounds at a rate of 6 feet per second.’

“We’ve completely redone the lobbies. We’ve completely reconfigured the seating bowl. We’ve taken the front end of the stage and lifted it up six feet. We brought it out into the audience 15 feet. We’ve created a trap room so that we can bring things up from the ground. We’ve built a fly loft so scenery can fly up and down. We’ve redone the lighting,” said Swackhamer.

The Architects Newspaper reported on the renovation project earlier this year, including some great photos: “The Ulrich Franzen–designed 1968 Alley Theatre in Houston is among the great performance spaces of its era, standing beside such fine company as Eero Saarinen’s Vivian Beaumont Theatre at Lincoln Center in New York City, Harry Weese’s Arena Stage in Washington D.C., and Welton Becket’s Mark Taper Forum in Los Angeles. It is also the only one of these landmarks that has not undergone a major renovation to bring it up to contemporary standards—until now. Local firm Studio RED Architects is currently preparing to overhaul the Brutalist, poured-in-place concrete structure. The plan involves a redesign of the lobby and main theater, the addition of a fly loft and below-stage trap system, and an upgrade of the building’s mechanicals.”

In 2013-2014, the Alley underwent a $46.5 million building renovation, the first major improvements since the building opened in 1968, including major improvements to the Hubbard Theatre, backstage area, and public spaces. The renovation was funded by private and public contributions to the Alley through the Extended Engagement Capital Campaign. Improvements included the installation of a new four-story fly loft, creation of a fully trapped stage floor allowing for an orchestra pit and actor and scenery entrances/exits, and a more intimate relationship between the audience’s seating area and the stage. New audience amenities included new seats, expanded restrooms and a new lobby space with a skyline view. With more than 500 performances annually, the Alley will produce more performances than all other performing arts organizations in the Houston Theater District combined. The Alley Theatre’s historic renovation of the Hubbard Theatre will open to the public on October 2, 2015 with One Man, Two Guvnors.

Learn more about the Alley Theatre’s history and programs on their website https://www.alleytheatre.org/about-us/history 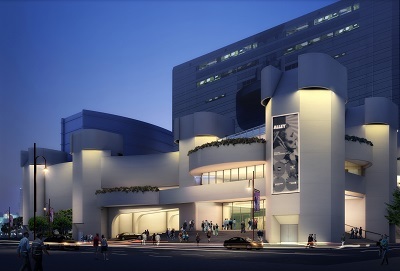