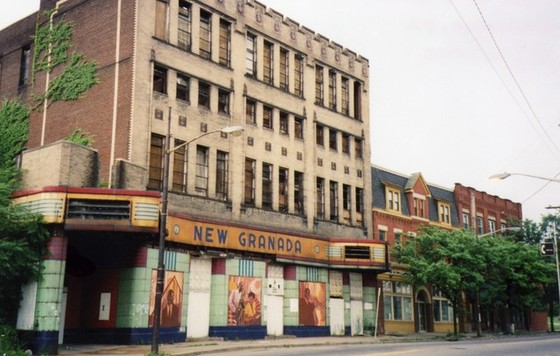 The New Granada Theater has long been a link to the Hill District’s past, a one-time jazz hot spot that drew the likes of Louis Armstrong and Duke Ellington before closing and falling into disrepair.

Now it’s ready to re-emerge as a key part of the neighborhood’s future.

The Hill Community Development Corp. plans to issue a request for proposals seeking a partner for the redevelopment of the New Granada block on Centre Avenue, with the theater serving as the anchor, Mark Belko reports in the Pittsburgh Post-Gazette.

“It is the catalytic project for the redevelopment of Centre Avenue, no question about it,” said Marimba Milliones, Hill CDC president and CEO.

CDC officials are partnering with the city’s Urban Redevelopment Authority on the effort. The URA board will vote today on a memorandum of agreement relating to the RFP. It also will vote on whether to enter into six months of exclusive negotiations with the community development corporation for the sale of 17 URA-owned parcels needed for the redevelopment of the block.

The CDC has taken more than a decade to get the theater ready for redevelopment. The building, which had fallen into disrepair, required $1.2 million in work to stabilize. Marketing plans also had to be crafted.

Famous jazz artists such as Armstrong, Count Basie, Ella Fitzgerald and Charlie Parker once played at the theater. Ellington was proclaimed “king of jazz” during a national radio broadcast from the building, according to the CDC.

In the future, the community development corporation envisions a mix of uses for the theater, including retail, commercial activity and entertainment. It is planning cultural space on the second floor, once home to the famous New Savoy Ballroom, and probably the first. It also is “dreaming really big” on plans for the third floor, though Ms. Milliones would not reveal any details.

The theater will anchor the redevelopment of the block, dubbed New Granada Square, featuring 50 mixed-income apartments and 7,200 square feet of first floor retail space along Centre. 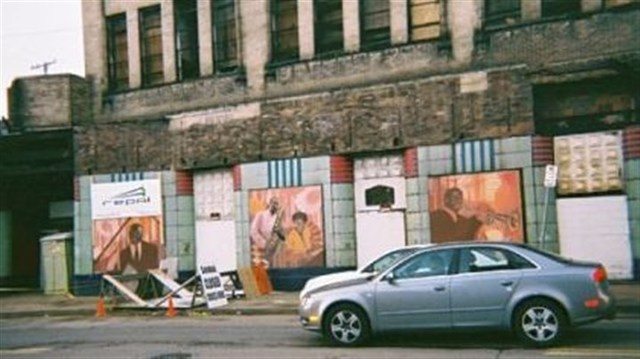 Can’t we have a location given at the start of the story like they do in newspapers? As it is, we have to wait until the third paragraph to find a possible location.

The New Grenada is in Pittsburgh, PA it’s entry in Cinema Treasures is: http://cinematreasures.org/theaters/16495

The problem is that the THS finds these news items in newspapers and then reprints them in their newswire and then transfers them here to CT. The items make sense to local readers reading their local newspaper, but they don’t make sense to us in CT because there is little or no identification of city/town. CT readers post complaints about it, but obviously no one at THS reads these complaints!

Perhaps someone in authority at CT could shake the THS cage. It is not difficult to come to the conclusion that neither group reads our comments.

They may read your comments. It’s just that they may have other priorities.

The “CT group” is reading the comments. Perhaps eventually, action, in linking theater pages to these posts, but in the meantime, happiness that there’s homepage news. And quite pleased to see no spammers right this moment- we try to eliminate those very quickly.

I have tried to email the “CT group” at some of their various email addresses listed on this site regarding spam in these news posts in the past and also to ask what happened to 2 years of comments on the Balboa Theatre (SF) page that were deleted and every single email came back as undeliverable. ??? In fact several SF theatre pages on this site no longer have any comments between 2012 and 2016. What gives?

Thanks for the reply hdtv267…I noticed that the post I left recently about the Balboa’s sound system was deleted and then incorporated into the overview so at the very least the info I posted is being used in a positive way, despite the censoring of quite a few people’s comments over a 2 year period. BTW, I have deleted my last post on the Lincoln Sq page. I made my point and apparently that page is now a free for all so would rather just avoid it rather than read through the silly “when will they install Imax?"comments week after week. Sounds like a bunch of 12 year olds.

I will leave the email issue to someone else to pursue. I don’t want to spend any more time with it. If functioning email addresses is too much for them to handle…….