The Theatre on Your Street: The Plaza Theatre in Miamsburg, OH to Reopened on 25 December 2015 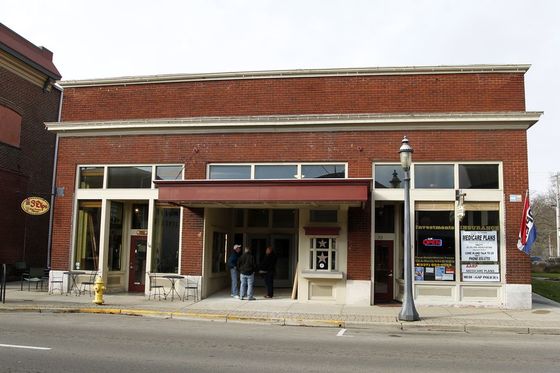 The Plaza Theatre in downtown Miamisburg is expected to reopen on 25 December, the 96th anniversary of its first showing. The theater originally started showing feature films in 1919 and recently underwent a $350,000 renovation project.

December 25th, 1919 marked the beginning of the Plaza Theatre era. The Weaver brothers built from the ground up the Theatre which would feature clear projection, new movies, a Wurlitzer organ, and almost 700 seats. Movie lovers and community members could see a show for 22 cents, and typically Tuesdays were promotional 10 cent nights. Toots Weaver Rutter, daughter of Lon Weaver, recalls, “there were also promotional give aways. I can recall dishes as one. Many in Miamisburg shared the same china pattern.”

The Theatre’s ownership transitioned in the 1940’s due to regulations with showing first run and second run movies. However, the Theatre remained a community icon for 50 years until 1968 when televisions and other commercial factors began competing with Theatre goers. The Theatre became a western retail store in 1968 which closed in 2002; the Theatre has been vacant since 2002.

The renovated theatre will have one screen and 250 seats, and will feature old movies, according to WHIO.