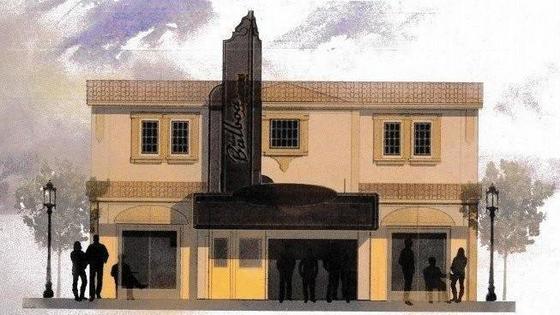 From The Los Angeles Times: The Balboa Theater, a longtime community fixture on the Balboa Peninsula, would be sold to a Costa Mesa developer for $1 million under a proposal the Newport Beach City Council will consider Tuesday night.

The council voted in April to enter a nine-month exclusive negotiating agreement to work with Lab Holding LLC, the company behind The Lab and The Camp in Costa Mesa, on a proposal to rejuvenate the 88-year-old theater building, which has been vacant for years.

The agreement was intended to give the city and Lab Holding time to finalize a plan and negotiate a sale of the city-owned property to Lab, which proposes to update the Balboa Boulevard venue and maintain it as a theater.

Lab Holding is proposing to restore the theater’s original architecture, including the marquee, which likely would reflect the 1920s wrought-iron style. The venue is proposed to have a cafe that would open to the street, a small stage for live music and a second stage for private events. The live-music stage would have an indoor pub but no seating. The theater likely would not show films, according to preliminary plans.

“We are excited by the opportunity to resurrect this community amenity for Balboa Village,” Lab Holding founder Shaheen Sadeghi wrote in his proposal to the city.

The theater, built in the late 1920s during a time when building codes were limited, needs significant work before it is safe to reopen, officials say.

The building is considered “structurally deficient,” according to a city staff report. It also needs new plumbing, mechanical and electrical systems.

The theater’s value in its current condition is $890,000, according to appraisals commissioned by the city. When it is remodeled and updated to comply with building codes, its value is expected to be about $1.6million.

Lab Holding officials estimate they will spend about $2million to remodel the theater to meet current requirements, the staff report states.

The venue first opened in 1928 as the Ritz Theater and originally hosted vaudeville shows before operating briefly as a speakeasy during the tail end of the Prohibition era, according to historical accounts.

In 1939, the site became known as the Balboa Theater and began showing films. In the early 1970s, it was an adult theater showing X-rated movies under the name Pussycat Theatres. By the late ‘70s, it had transformed again, showing revivals of popular films.

In the years after its closure, some residents held out hope that the theater would again entertain the masses.

The Balboa Performing Arts Theater Foundation launched a fundraising effort in 2010 to renovate the building with plans to transform it into a 320-seat multi-use venue featuring musical acts, dance and theater performances, films and performing-arts education. But the fundraising did not prove fruitful.

In 2014, the city proposed turning the theater into a city-run fine-arts center offering exhibitions, movies, live performances and workshops in arts, crafts and music. But it was difficult to find widespread support for a city-run theater, council members said. 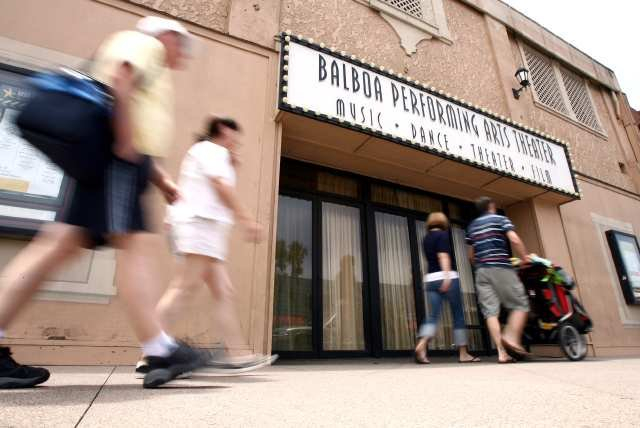