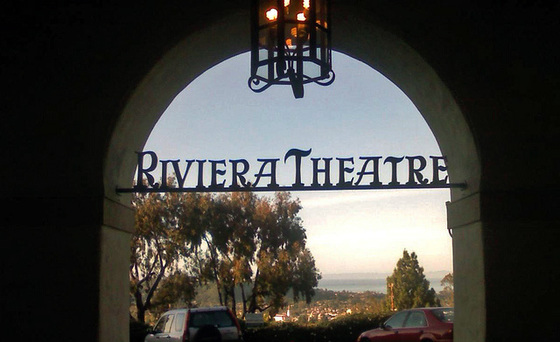 From The Santa Barbara Independent: Each winter when the Santa Barbara International Film Festival (SBIFF) takes over downtown, our seaside town’s movie houses hum with a whir of films, panel discussions, and celebrity events. It’s good fun and great fare, but it doesn’t end when the festival packs up –– SBIFF is a year-round experience offering educational programs, Wave mini-festivals, and weekly showcase films at their recently acquired Riviera Theatre.

In an effort to enhance its roster of offerings, SBIFF has begun a fundraising effort, deemed the Capital Campaign, which will allow it “to expand [its] current slate of education programs, preserve an important historic landmark, enhance the communal theater experience, and create a cultural hub for all things film,” according to a recent press release. More than $2 million has been raised so far, with the goal of $5 million by March 2017.

A face-lift for the Riviera is scheduled to begin January 2017 with a spring completion date. In addition to theater restoration, a new balcony lounge will be built that will serve as a space for SBIFF gatherings and receptions come the 2018 festival. Other planned changes include a classroom, world-class sound and projecting systems, a loop system for the hearing impaired, and improved heating and air conditioning.

With the Riviera Theatre as its base, the SBIFF now has the opportunity to expand its already existing educational programs — such as its youth programs, AppleBox Family Films and Mike’s Field Trip to the Movies — as well as create new offerings. “Our capital campaign and expansions to the Riviera Theatre mark an important new chapter in our festival’s history,” said festival executive director Roger Durling. “These renovations and improvements will allow us to serve Santa Barbara in new and exciting ways and will bring us closer together as a community.”

For more information and to contribute to the campaign, see sbiff.org/riviera.