Tupelo, MS - Something strange in your neighborhood: Tupelo’s Lyric Theatre 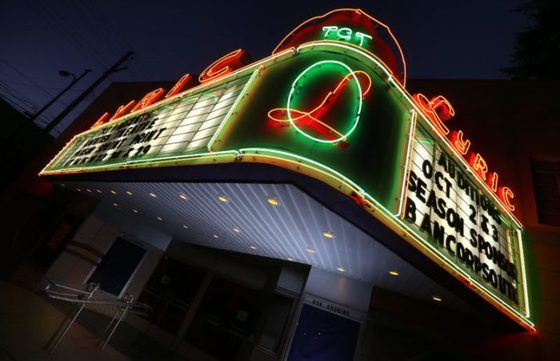 From djournal.com: There are some things in this world that go way beyond human understanding – things that cannot be explained – things some people don’t even want to know about. You hear something go bump in the night. You see something out of the corner of your eye. You feel something on the nape of your neck.

Most unexplained events can be easily dismissed: The wind blew something over or faulty wiring made that bulb flicker, ominously. But, sometimes, you’re in a place with a history behind it. And whether those stories have been passed down over generations or are still actively discussed today, they haunt those areas as much as the ghosts in the stories.

Over the next four Fridays, the Daily Journal will be spotlighting four separate locations in Northeast Mississippi that share a common bond: ghosts and the legends that surround them.

What is now the home of Tupelo Community Theatre has undergone many changes since its inception in 1912.

At that time, R. F. Goodlett sought out financial backers to construct a vaudeville theater called The Comus. The structure remained a home for live theater until 1931, when it was purchased by the M.A. Lightman Company chain and turned into a movie theater. It was at that time the facility received its now iconic marquee and art deco appearance. From 1931 to 1984, lots of tales came out of the movie house, like Elvis Presley’s first kiss in the balcony during a Saturday matinee, but it was the 1936 tornado that decimated Tupelo, killing an untold number in its path, that gave credence – and still does – to the greatest story out of the Lyric Theatre.

“‘Antoine,’” said Tupelo Community Theatre executive director Tom Booth, chuckling. “Where did that name even come from? Nobody knows. I can’t for the life of me tell you where his name came from.”

“Antoine” is the name given to the Lyric’s local haunt, a presence that many have felt but few can put into words. Some see him as a glowing light, while others hear a childlike giggle in the darkness of the historic structure. TCT inherited the spirit, and his story, when they acquired the theater in the mid-’80s.

There are two separate stories of Antoine that have followed the theater to this day, and many off-shoots of the main legends.

One is that Antoine was a caretaker of the theater who worked under the stage, shoveling coal. It’s believed he may have even had an apartment in the facility he looked after.

The more popular legend is that Antoine was a small child killed during the twister of ’36. Whether he was killed and taken to the theater – which was used as a makeshift hospital and morgue in the aftermath of the tornado – or was taken there to be treated and died later remains a mystery, much like Antoine himself.

Still, strange things happen daily in the landmark, but Booth usually just chalks that up to it being a “big, old building.” That’s not to say he hasn’t had his own run-ins with Antoine.

“There are always noises and strange happenings in old buildings,” said Booth, who has been executive director of TCT for more than 14 years, “Nothing dramatic, though. I always compare him to Casper the friendly ghost. He’s never belligerent. In my history of working there every day, you just experience stuff. Recently, sitting at my desk, I heard what sounded like a wall collapsing. I still haven’t found what that was. There’s just some things you can’t identify.”

Booth started volunteering and later working for the community theater in 1992 and cited two separate instances for things he truly can’t explain.

On one occasion, he returned to the theater late one night to retrieve some floral arrangements after an event. When he entered the building, he was met by a sing-songy voice, laughing and echoing. Thinking it was just a volunteer still on the premises, Booth yelled out, “Ha ha, very funny,” but was met with no response. He quickly checked the building inside and out and found no one.

On another occasion, Booth entered the theater, late in the evening again, to check something on the grounds and exited to find he didn’t have his keys. He searched high and low, retracing his steps, but couldn’t find them anywhere. He finally picked up the phone in his office to call for a ride, when something caught his eye.

“There they (the keys) were, wedged down into a Plexiglass container on my desk,” he said. “For weeks I tried to bounce my keys on my desk to see if I could make them go inside there again. There was no way. I thought maybe I threw them down and they bounced. You almost couldn’t make them go down there if you physically shoved them in there.”

Booth said he occasionally thinks he’ll catch something move out of the corner of his eye that will stop him, but he’ll quickly dismiss it and move on.

The Lyric Theatre was listed as one of the six most haunted theaters in America in 2001. Several paranormal groups have contacted Booth regarding investigating the theater, but he has yet to let anyone come in and set up overnight due to the large quantity of requests he’s had.

“I have dozens of them filed away,” Booth said. “We may do it one day, but we have just chosen not to, for now. It’s not out of fear. I never fear being in the building. But I have left quickly on more than one occasion.”

Tupelo Community Theatre celebrates the tales of their spirit with their annual Haunted Theatre, which begins Oct. 14 and runs each weekend until Oct. 29. 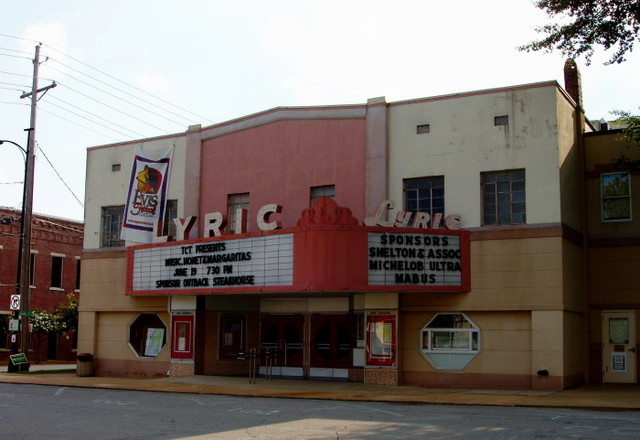 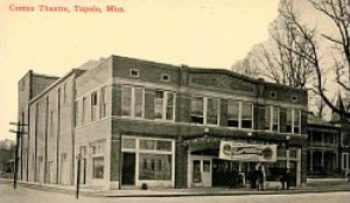 I like the vintage architecture rather than the newer. Newer marquee is better though.