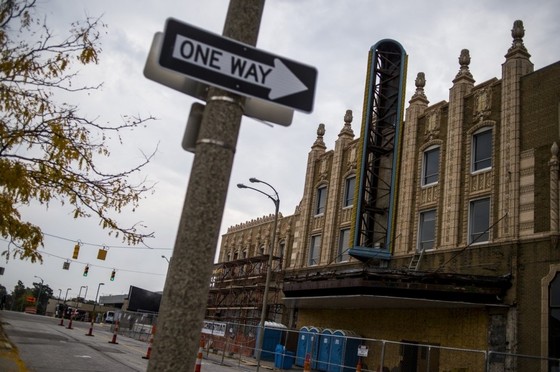 From Mlive.com: It’s a landmark that’s been around longer than most Flintstones.

Yet, not even experts leading the restoration know all the hidden secrets the historic Capitol Theatre holds.

“Very often on historic restoration projects, we hear about the conditions that you find that make things more complicated or add time or add money,” said Jarret Haynes, CEO of the Whiting Auditorium. “But sometimes, you find things that you say, ‘Wow, we didn’t know this was here, and we could refurbish this restore this and even more bring back the character of this lobby of what the original design intent was.’”

Haynes said the latter has mostly been the case with the $32 million Capitol project, which began when The Whiting and Uptown Reinvestment Corp. acquired the building in July. The Whiting will manage operations at the Capitol.

Among the finds unearthed once decades of “updates” were peeled back was a coffered ceiling, ornate trim, emblems and patches of original paintwork, which were all inadvertently preserved.

“It was always here and while on one level you lament the fact that somebody decided however many years ago to cover it up, but on another level, you say, ‘Well, you covered it up, and as a result of that, it’s been pretty well preserved,’” Haynes said.

Those finds are what will help designers navigate how to repair or replace lost details. For instance, old pieces will be used to create molds to cast new pieces where necessary.

“Even though it will be a new terra cotta piece, it will be made from what was existing,” Haynes said about some trim on the exterior of the building.

Trim work on the top of the building was removed on the right side when a third story of office space was added, which Haynes says undermined the whole concept of the building.

“Theatres themselves are usually studies in symmetry…The seating is very symmetrical. The building was originally designed with that same symmetry, so we’re going to return that,” Haynes said.

The third story will be removed during the renovation.

“We want to be sympathetic and respectful to any aspect of the building where it makes sense,” Haynes said. “There are certainly areas … We don’t want a historically significant electrical system or lighting system. We’re going to modernize that, but areas where people interact with the building we want to be historically accurate.”

Same goes for the retail space in the building along Harrison Street.

“There was a reason that civic and city planners put buildings like this in the downtown core. It was the gathering place for the community. Of course in the theater itself, but also in retail stores on the sidewalks,” Haynes said.

There’s no official word yet on businesses that may move into those spaces, but Haynes says there has been a lot of interest.

The businesses will be accessible from both inside the building through a large hallway or from the street, so the hours don’t have to depend on when the theater has performances.

“Imagine when we have 1500 people coming to see a show and there’s a bar, a restaurant, a souvenir shop, maybe an art gallery, on the ground floor,” Haynes said.

Other updates include a second elevator and expanding elevator service to all levels, updated lighting, sound and electrical systems, and a restored blade sign and marquee, among other things.

There have been no major setbacks, so the theater is still slated to open to the public in late fall 2017 or early 2018, Haynes said. 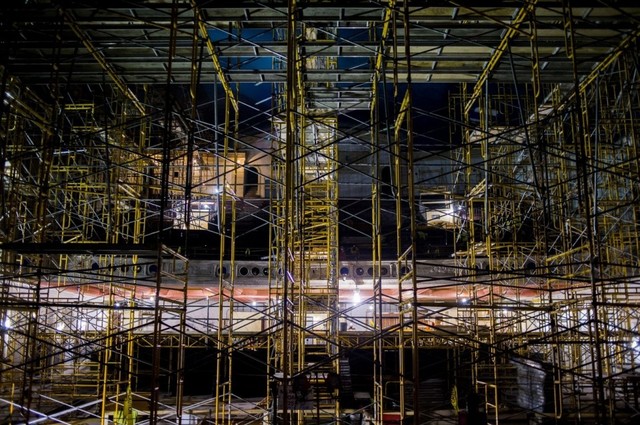 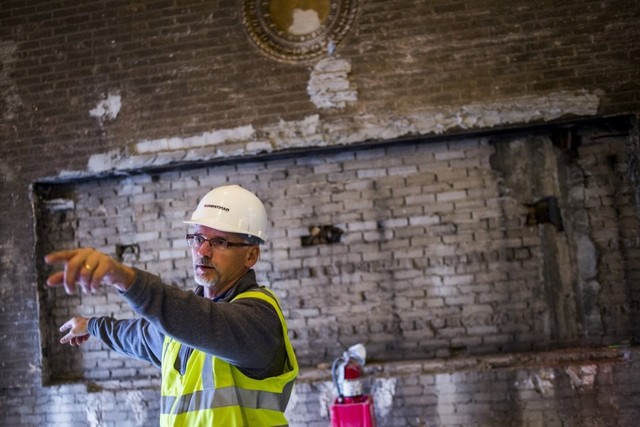