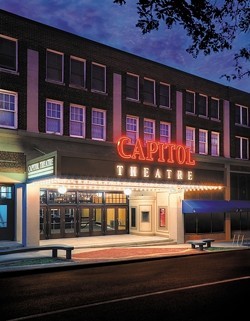 From CleveScene.com: Representatives from the Detroit-Shoreway Community Development Organization (DSCDO) and Cleveland Cinemas assembled a multi-generational bushel of Capitol Theatre enthusiasts Tuesday evening to discuss the west side movie theater’s financial challenges and explore options for enhanced marketing and publicity.

Last week, Cleveland City Council voted to restructure a loan made by the city to Detroit-Shoreway for the Capitol’s extensive renovations in 2009. The theater, which is owned by DSCDO and operated by Cleveland Cinemas, now has two more years of breathing room before it must begin making payments on the principal of the $1.5 million loan. Until September, 2018, the theater will only be required to make monthly “good will” payments of $100.

But the city is also asking that the theater develop concrete marketing plans to increase its business. Currently, the Capitol attracts 50,000 visitors per year. That’s less by half than initial projections, based on community surveys.

Jenny Spencer, DSCDO’s Managing Director, who led the meeting Tuesday, said that 50,000 visitors per year is enough to “keep the lights on,” but certainly not enough to pay back the loan, and not enough to make capital improvements — pun, this time, unintended — which are becoming necessary, even though the theater is only seven years old. Pricey new digital projection equipment, spot treatment for the theater’s old plaster, and cosmetic updates like new carpeting are all on the wish list, (in that order).

On the fundraising front, Spencer announced an inaugural benefit event, a gala-type big-ticket shindig scheduled for April 21, 2017, about which there are as yet few public details.

On the customer-attraction front, DSCDO is enlisting the neighbors. The meeting Tuesday, with gratis popcorn and veggie plates on the Capitol’s second-floor mezzanine, was positioned as a re-establishment of the “Friends of the Capitol Theatre” group. Given that movie theaters attract the highest percentage of their customers from the immediate neighborhood — the Cedar Lee being the region’s notable exception, due to its unique programming — Detroit-Shoreway wants community members to be the theater’s biggest champions.

And they are. The meeting’s attendees told stories of their personal outreach and marketing among social networks. Many of them said they forward Capitol emails to contacts who they think might enjoy certain films, for instance. Others said they regularly organize “dinner and a movie” outings with friends.

But those efforts aren’t quite enough, in the long-term — at least not without a critical mass of such efforts — and Cleveland Cinemas' wider publicity tactics have been frustratingly hit-or-miss, said Dave Huffman, the local theater chain’s director of marketing.

Though special events continue to do very well — the upcoming Seventh annual 12 Hours of Terror all-night movie marathon (October 15-16) is expected to be the biggest yet, collecting in a single night what most movies collect in a full one-month run, Huffman said — other efforts have fallen far short.

Films in the summer “Capitol Selects” series, for instance, were largely very poorly attended. And attempts to market the Capitol to Spanish-speaking audiences have failed dramatically.

“We’ve talked to every Spanish-speaking organization in town, and they all are incredibly enthusiastic,” Huffman said, “but people aren’t showing up for the movies.”

After pleading with a studio to get the mainstream Spanish-language film No Manches Frida, Huffman said, the Capitol posted the second-lowest gross in the country for that film. Box-office performances like that jeopardize the theater’s ability to get additional titles from the studio.

Therein lies the biggest challenge and Catch-22 for the Capitol, said Huffman. The theater hasn’t attracted enough business to convince studios to grant them certain films — they wanted to show Snowden at the Capitol, for example, but the studio said no — but they can’t attract the business they’d like without titles that people are interested in.

That said, marketing efforts continue apace. Screened at the Tuesday meeting was a new 30-second clip that will soon precede all films at the Capitol, a trailer explaining the Capitol’s renovations and its importance in the community. Additionally, the Capitol on Tuesday began its fall documentary series, and October will be saturated with cult horror classics in honor of the season.

Also encouraging are the neighborhood advocates — young professionals, mid-career types, seniors, and even a high-schooler, attending with his dad — who helped brainstorm additional special events and grassroots strategies long after the meeting had officially run its course. 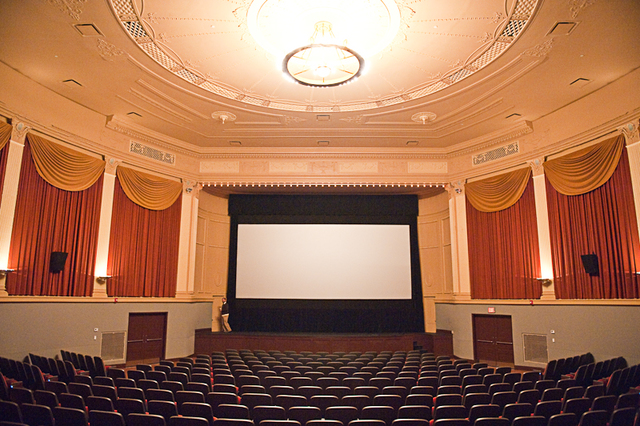 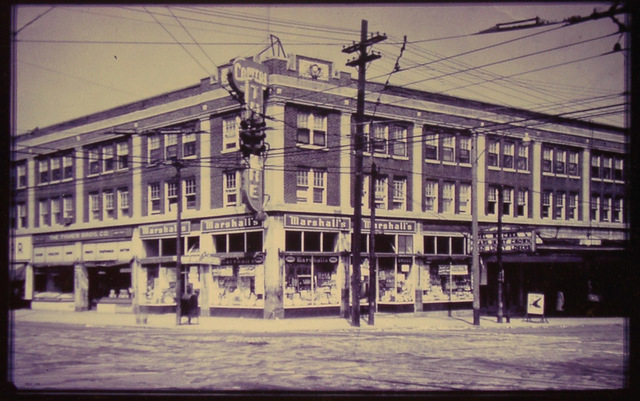