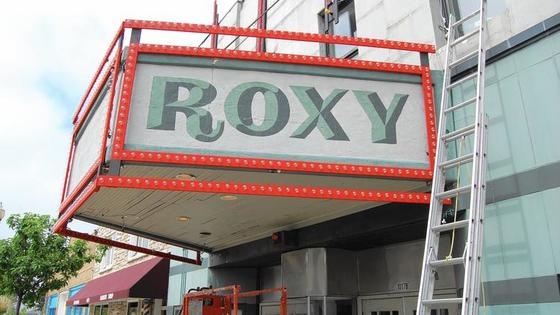 From The Chicago Tribune: An historic downtown Lockport theater could soon be getting a face-lift to help restore it to its former glory.

City officials recently discussed awarding a $10,000 grant to the owner of the Roxy Theatre building to pay for some of the renovations.

“I know we’re all excited to see it happen,” Mayor Steve Streit said during Wednesday’s Committee of the Whole meeting.

The grant would go toward helping with a facade improvement project costing more than $50,000. The project would include a new marquee sign with a design that had to be approved by the Heritage and Architecture Commission because the building is in the historic district.

Streit said planners chose the marquee’s design based on old pictures of the building during its heyday.

The building, at 1017 S. State St., is owned by Trinity Services, a nonprofit agency that provides services for people with mental disabilities.

The building dates back to about 1850, according to local historians, but it wasn’t operated as a movie theater until the 1940s.

At some point in its past the theater seats were removed and the interior was converted into a bar and grill, and Trinity has maintained that appearance since it purchased the building about 20 years ago.

Trinity uses the building for weekly social gatherings for its clients, and the Roxy is usually not open to the public.

But with downtown revitalization projects underway, including streetscape beautification slated for next year or 2018, city officials want the Roxy to at least look the part.

“Ever since I became mayor, people have been asking me what we can do with the Roxy,” Streit said. “People really love the Roxy. They love the nostalgia of it.”

He helped form a group of residents a couple of years ago to explore ways to revitalize the Roxy.

Tammy Newton, who co-owns a nearby Thimbles quilting shop, said she also was excited about possible changes to the facility.

“We’re excited about the renovations at the Roxy,” Newton said. “The downtown improvements in the last two years, such as with the Embers remodeling, is really going to make downtown Lockport a fun place to be with all of its history.”

Trinity representatives have been amenable in the past in partnering with the Roxy group and the city.

The Roxy group had previously organized some community events at the building that were open to the public. They included movie screenings using a projector screen borrowed by a local school district.

Streit said more public events may be held there again in the near future, but he said Trinity seeks to soon renovate the interior of the building, as well as the current project to update its facade.

The $10,000 grant is part of the city’s facade improvement program.

“This is the first (grant) request this year,” said Pamela Hirth, economic development director. “There’s more than sufficient funding (in the budget).”

City officials had previously approved a $5,000 facade grant to the building’s owner in 2014.

Aldermen did not express objections to this year’s grant request and are expected to approve it at their Nov. 2 meeting. 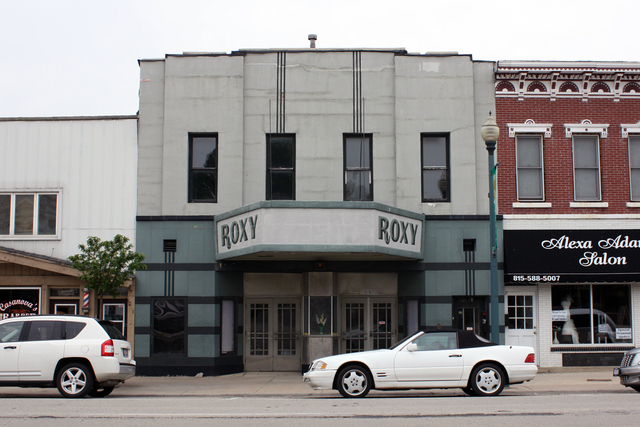