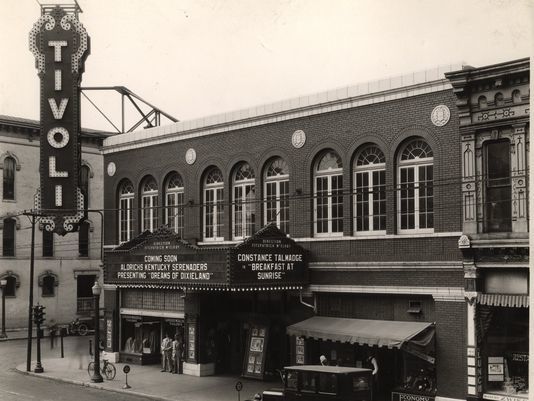 From The Pal-Item: The historic Tivoli Theater building in downtown Richmond has been purchased by an Indianapolis-based architecture firm that hopes to turn the space into a regional office, Center City Development Corp. announced Thursday.

R&B Architects closed on the 900 E. Main St. building on Oct. 21, after determining the site would suit its needs for a satellite office space, as well as other potential commercial development projects.

“(This company) prides itself on being able to (restore) old buildings and landmarks into usable spaces for the community,” Mather said. “The Tivoli Theater has one of the most prominent locations in downtown Richmond, and it’s going to be a wonderful project to work on.”

Mather said there soon will be a satellite office for R&B on the second floor of the building, with other potential tenants moving in after renovation work is completed. Mather declined to say what the expected timeline is for the building as a whole but said he expects to open the satellite office in the coming months.

He said the theater portion of the facility likely would be restored to a multi-use area in the coming years, as well.

“Figuring out what all will go into the (building) will come with time, but we are committed to bringing more commercial and retail space to the downtown area,” he said. “For the time being, we will have a studio space that will be tended about once a week and on an as-needed basis by a member of our staff.”

R&B has done multiple projects in the Richmond and eastern Indiana area over the years, Mather said.

“We are familiar with Richmond and this part of the state, and we’re hoping to continue growing our footprint in along the Ohio-Indiana border,” he said. “I think opening a remote office like this was a great step for us.”

Once general construction and renovations are completed, he said, the company will explore the option of bringing staff into the office full-time.

A study, which he said will begin Friday, will help determine what can be done with the theater space, which has become rundown after years of vacancy.

“Right now, the inside isn’t very (pretty),” he said. “We are looking forward to making it like new again.”

The Tivoli Theater, built in 1926, was donated to Center City in 2013 by the Reid Foundation in hopes that the building would be redeveloped. It has been home to multiple businesses over the years, including Hoppe Jewelers before the jeweler built a new location near National Road East.

“They originally came to us looking to rent a space in the Innovation Center,” Zimmerman said, “but once we made them aware of the Tivoli, things kind of turned from the idea of renting space into making one of their very own in one of Richmond’s most historic buildings.”

Zimmerman said the building will be rehabilitated using state-based Certified Historic Preservation tax credits that are applicable to commercial properties listed in the National Register of Historic Places. The building was added to the register in 2012 through efforts by the development corporation.

“This building is a great part of downtown Richmond, and I think it’s really something special that it’s not only going to be saved but potentially brought back to even better than what it was before,” he said. “I think if anyone can do something like that, it’s an architecture firm like R&B.” 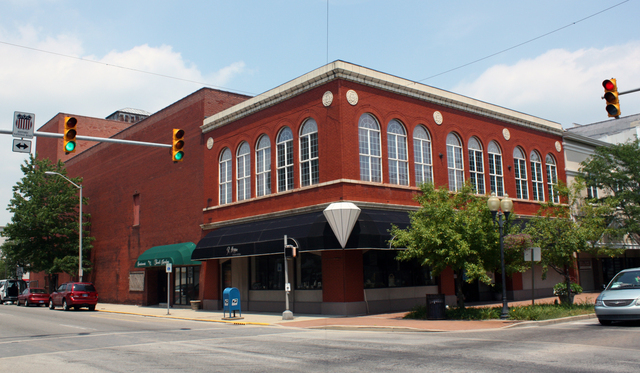 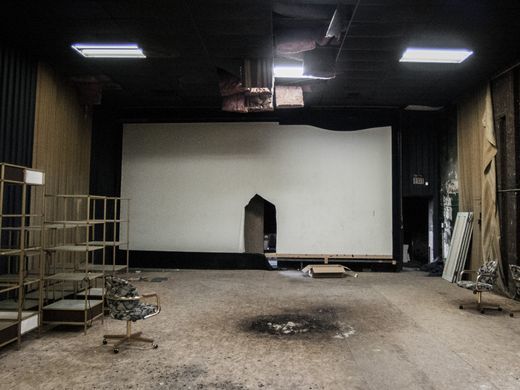 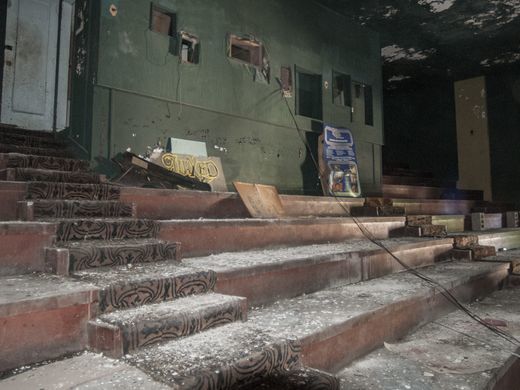