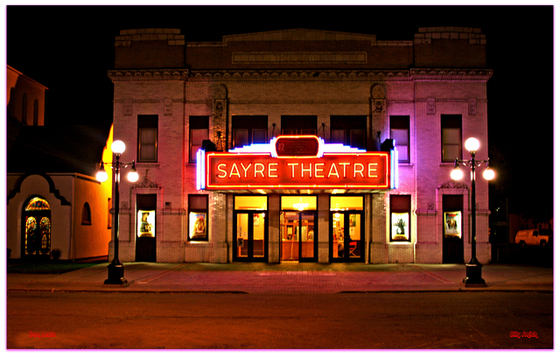 From MyTwinTiers.com: The long wait has finally come to an end for members of the Sayre community. Their local theater received its new marquee after raising nearly 200,000 dollars from the community.

“We’ve had many many different donations from lumber companies and hardware stores and all over,” Board Member of the Bradford County Regional Arts Council, Jeff Paul said. “I mean, it’s just a very big thank you to everybody to get us to where we are today.”

What began as an old opera house built during world war one, has evolved into a hot spot for movie enthusiasts.

“We see about $300,000 of revenue from the movies with the concession included,” Executive Director of the Bradford County Regional Arts Council, Elaine Poost said. “I would say around about 70,000 people see a movie each year here at the Sayre.”

“It is a hot spot,” Paul said. “It’s incredible. When I look at the numbers every month of how many people come here to the Sayre Theater and watch movies or the different shows that we have, it’s important because we are right across from the hospital and many times people will be visiting and they may come over just to watch a movie in between time.”

The Arts Council also feels that its new marquee and other future renovations could bring more people to the area.

“I’m hoping that it’ll bring more and more people in,” Paul said. “I mean, we do really well, I’m impressed at the attendance all the time but, I’m hoping that with all of this being done, that maybe we will bring in some people from other communities will show up.”

Even though the new marquee is a step in the right direction for the theater, there is still a lot of renovating work to be done.

“We had actually had it in the queue, re pointing of the building but, when this reared its little head we said ‘ok you can go first,’” Poost said. “So, now we are going to have this beautiful marquee but we still have $200,000 to raise for re pointing an old, historic building.”

Story link with video, at: http://www.mytwintiers.com/news/local-news/historic-sayre-theater-installs-new-marquee 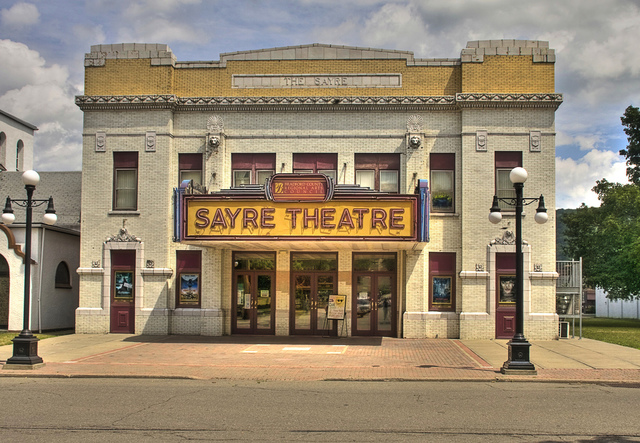