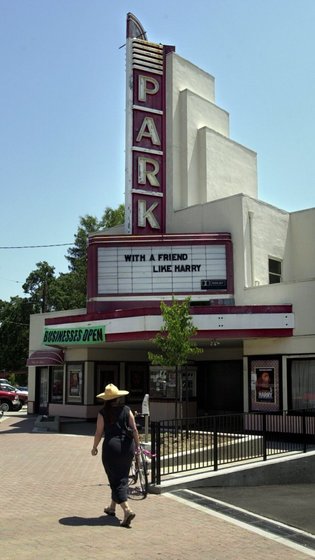 From The East Bay Times: A group of residents is hoping to transform a long-closed movie theater into a center for cinema, music and art.

Cathy and Frederick Abbott and business partner Alex McDonald want to purchase the 75-year-old Park Theater on Golden Gate Way and convert it to a performance and rehearsal space and venue for art house films.

The acquisition, according to Cathy Abbott, is a last-ditch effort to preserve the theater as a place for cinema and community gatherings. “It seemed like a now or never moment, realizing that once the theater is demolished, there’s no bringing it back,” Abbott wrote in a statement to the City Council.

Council members agreed recently to hammer out an agreement with the business partners allowing them to re-open the theater under special regulations created by the city to preserve the historic character of the neighborhood.

The Plaza Way Overlay District, established in 2012, relaxes parking requirements for property owners on the block in exchange for upgraded building facades and tenants who will enliven the strip and draw people to the adjacent Plaza Park.

Since the zoning overlay took effect on the small strip, Sideboard restaurant and A Runner’s Mind have joined a barber shop, existing eatery and thrift store. Two other spaces remain vacant.

Plans call for a ground-floor stage and a 250-seat theater that could host live performances, in addition to cinema.

A smaller mezzanine-level private screening room would serve as an additional film and performance space and host speakers, fundraisers or other events. A rooftop level with outdoor dining is also planned.

The future operators envision the theater as “the art house alternative,” leaving first-run movies to Moraga’s New Rheem Theatre and the Orinda Theatre. Locally-produced beer, wine and food would also be on tap.

As for future theater parking, Abbott and her partners are trying to think creatively. They are envisioning patrons using Uber or other ride-sharing services, and offering discounts to people bicycling to the theater. A weekend bus shuttle is another option.

Under current city parking regulations, about 63 parking spaces are required for a 250-seat theater; there are currently about 15 on-site spaces, according to a Planning Department staffer.

Empty since 2005, the theater was previously eyed as a possible Fentons Creamery. Its revitalization has ranked high with Lafayette residents eager to see the theater space put to use.

The city has said it would possibly use funds from a sales tax measure toward reviving the theater, if the levy is approved by voters. 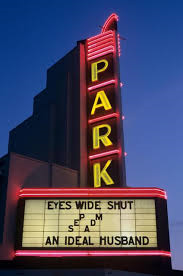 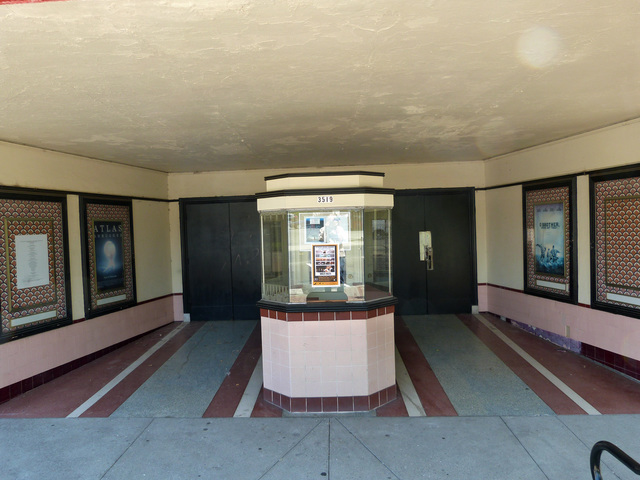