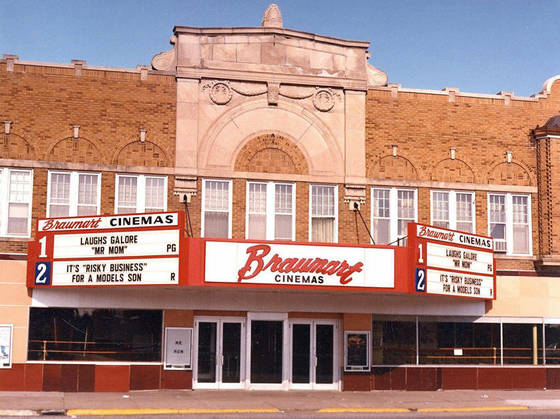 From uppermichigansource.com: The Braumart Theater has been in Iron Mountain since the 1920s and, for decades, the historic fixture was the heart of the city’s downtown area.

Billed as the “finest amusement house north of Milwaukee” at its opening in 1925, many names have been splashed across the Braumart’s marquee. But the one that has stood the test of time and remains today is the name of the theater itself, derived from a combination of the names of two men, pivotal for its inception.

“When they named The Braumart, the ‘B-R-A-U’ portion of the name was from August C. Brauns, and the ’M-A-R-T' was part of the first name of Martin Thomas. So, Brau-Mart,” historian for the Menominee Historical Foundation Bill Cummings said."

With a vision of bringing the most modern theaters for local entertainment to the area, in 1924 manager of the newly-formed Colonial Theatre Company Martin Thomas, and owner August Brauns announced plans for the new theater, estimated to cost over $200,000.

At its grand opening in April of 1925, the Braumart became an instant hit. Patrons on that day, more than 90 years ago, were turned away as the 1,000-seat theater filled for the first performances. For years to come, the Braumart would evoke memories and bring a community together.

“This holds many fond memories for people who are still living, I’m one of them,” Cummings said. “I can remember coming here as a kid and going to the ‘Kiddie Matinees’ on Saturday afternoons, and things like that. Lots of people have good memories of The Braumart; it was here for a long, long time.”

“It was, really, a place to go,” said Downtown Iron Mountain business owner Donald Khoury. “Everyone wanted to go to the movies, because television wasn’t really that important. They had special shows, but the theater was the place to go and meet your friends, no question about it.”

Braumart is a special part of Iron Mountain’s history, but this isn’t the last we’ll hear of this classic monument…

After being recently purchased by the Friends of the Braumart organization the hope is that, with this theater, history will once again repeat itself. 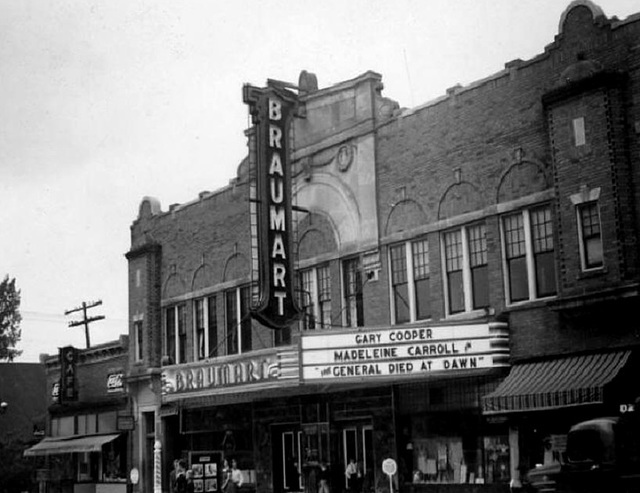